California: Firefighters resuscitate small dog that was unconscious for 20 minutes after blaze

CALIFORNIA -- The fire was reported about 4 p.m. Tuesday at a one-story apartment building near Santa Monica High School.

One unit of the building had a rapidly growing fire in its kitchen and storage room. 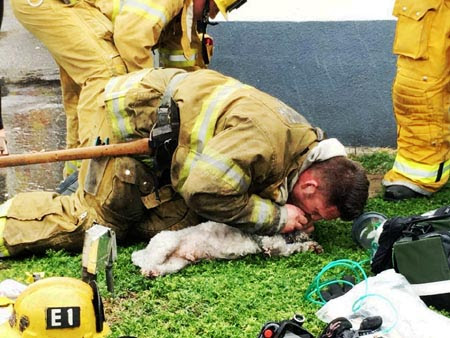 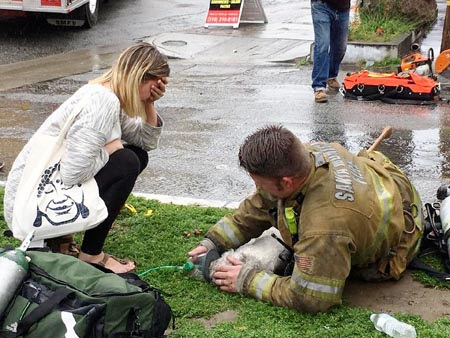 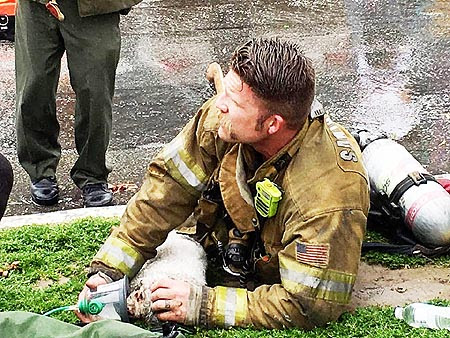 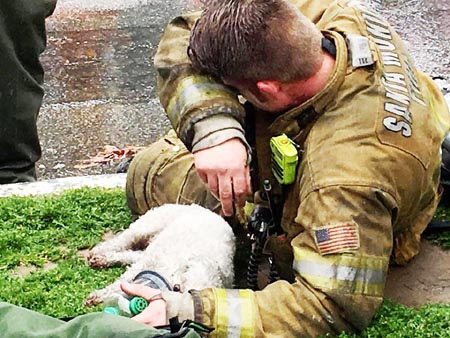 While some firefighters cut into the roof to “allow for the release of super heated smoke and fire gasses,” others entered the unit to find a dog, unresponsive, overcome by the heat and smoke.

The dog was pulled out of the apartment not breathing and without a pulse.

But, after 20 minutes of first aid, the pooch began breathing on its own and was able to walk, the Fire Department said. 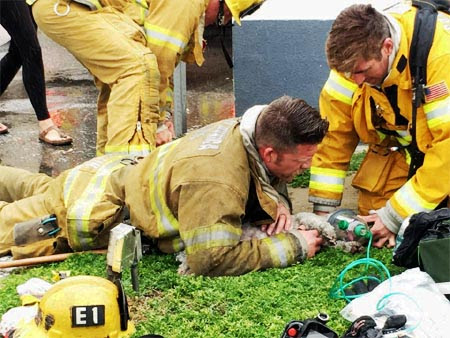 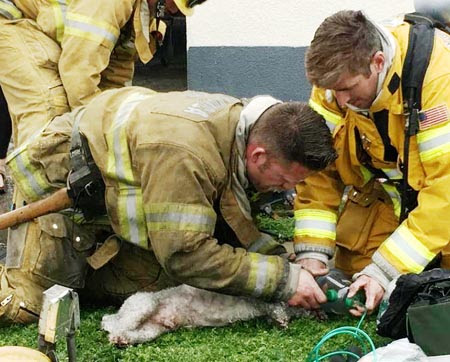 Neighbors took the dog to a local animal hospital.

A photographer named Billy Fernando captured video and photos of the rescue.

“That a boy,” the firefighters can be heard saying to the dog, patting it as it receives oxygen.

Twenty-three firefighters knocked the blaze down in about 10 minutes. 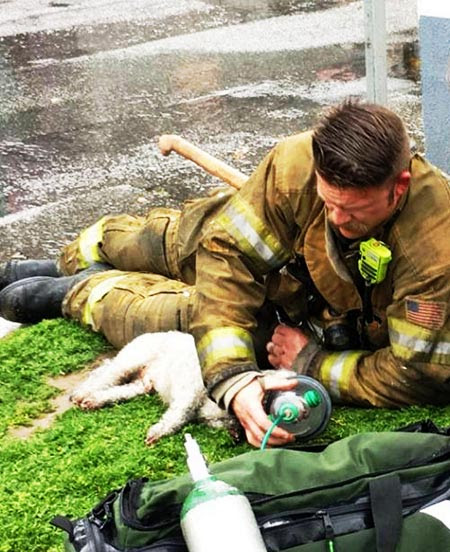 No humans were injured.

The cause of the fire remained under investigation as of Wednesday.

The apartment's occupant was being helped by the Red Cross. 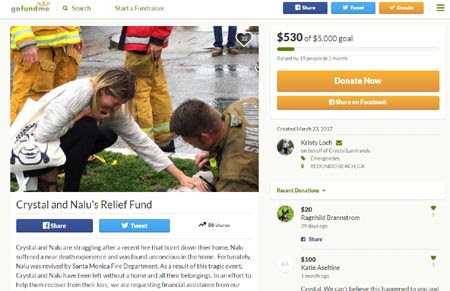 Crystal and Nalu are struggling after a recent fire that burnt down thier home. Nalu suffered a near death experience and was found unconcious in the home.  Fortunately, Nalu was revived by Santa Monica Fire Department. As a result of this tragic event, Crystal and Nalu have been left without a home and all their belongings. In an effort to help them recover from their loss,  we are requesting financial assistance from our friends. Any amount of help would be greatly appreciated during this difficult time. 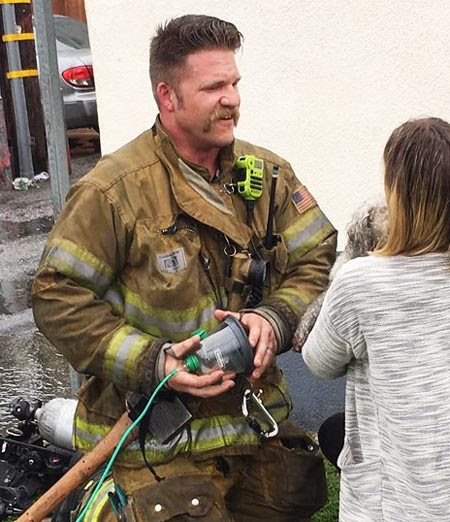 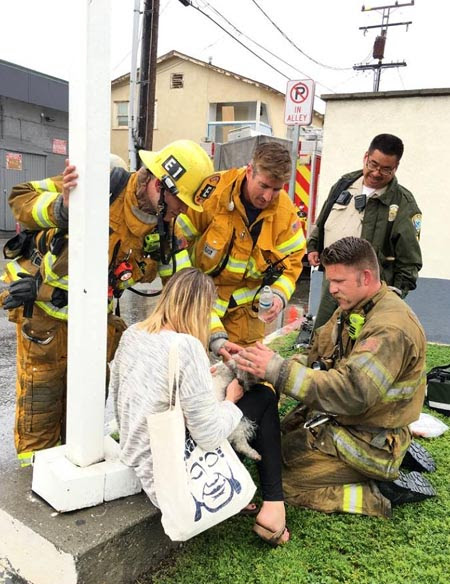 All photos taken by photographer Billy Fernando. You can see all of his photos on his Facebook page.