California: "Skippy" the cat rescued after getting head stuck inside peanut butter jar

CALIFORNIA -- As the saying goes, curiosity killed the cat -- but in the Riverside County version of the story, it got its head stuck in an empty peanut butter jar.

A skinny black cat whose head became stuck inside a plastic peanut butter container was rescued Monday by a Riverside County Animal Services officer and has since been nicknamed “Skippy,” reports CBS Los Angeles. 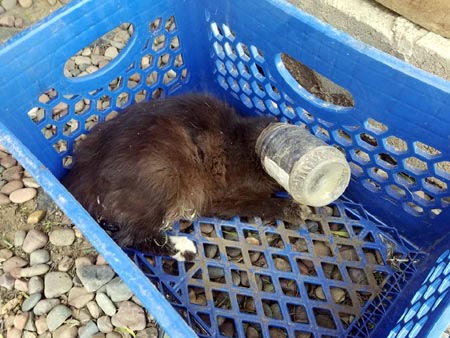 Alyssa Cline and her nephew had spotted the stray cat near their property and unsuccessfully tried to cut the container off with a pair of scissors, which broke, department spokesman John Welsh said.

“He told me, ‘Look at this silly cat -- it’s got its head stuck.’ I’m definitely an animal lover, so I wanted to help. I didn’t think it was cute,” Cline said in a statement. “I did not want the cat to die. I didn’t think it could hang on much longer.”

Cline and her nephew, Charlie Delarosa, managed to get the cat into a crate in their garage, where they waited while animal services Officer Carra Mathewson rushed out to the scene. 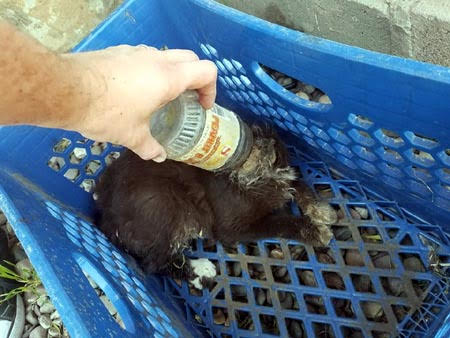 Wielding a Leatherman multi-tool device and helped by Cline and Delarosa, who wore welding gloves as protection for once the cat was freed, all three wrapped a blanket around the cat as Mathewson snipped at the store-brand peanut butter container until she was free.

“Once I had enough room, I was able to get the container off without hurting the cat,” she said in a statement. “Her eyes were huge. She seemed very scared.” 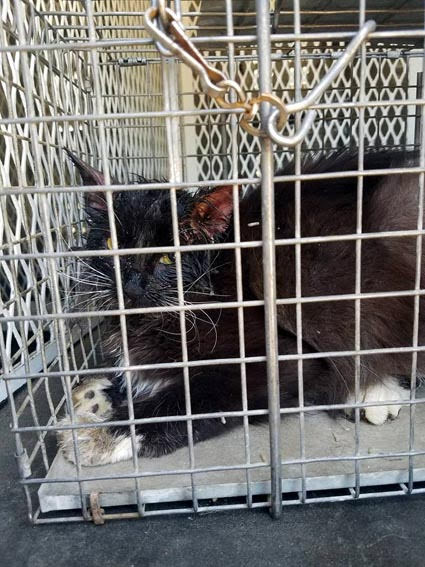 Skippy was also suffering from an infestation of maggots in both ears, so Mathewson took her back to the San Jacinto Valley Animal campus, where she received treatment.

Once she recovers and if an owner does not claim her, Skippy will be made available for adoption, Welsh said. 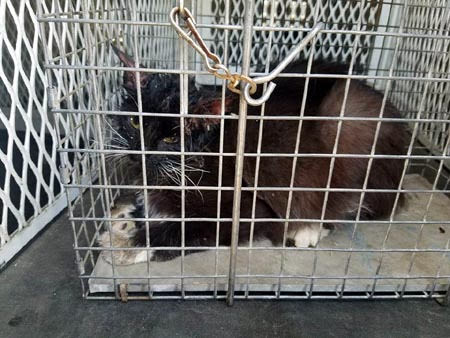