WASHINGTON -- A Bremerton police officer rescued a turtle from a potentially deadly fate after an apartment fire in February.

Police Officer Derek Ejde was transporting residents displaced by an apartment fire when he heard a distraught older woman, inside an ambulance.

She wasn't injured. She'd lost something. 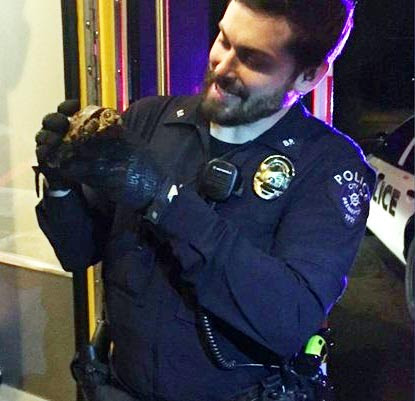 "She's in the ambulance, saying, 'Where's my turtle?'" Ejde said.

Somehow the turtle disappeared in the rush to get firefighters into the apartment and residents out to the street.

Ejde began to search for the pet, but didn't have to go far. The turtle was snuggled up next to one of the wheels of his police car.

He figured the turtle was cold and looking for shelter.

Having rescued the turtle, Ejde returned it to its owner.

"She was pretty excited," he said.

Edje, who's been with the Bremerton Police Department two years, chuckled when he's credited with saving the beloved pet.

"I wouldn't call it much of a turtle rescue," he said, "But at least the turtle didn't end up being a speed bump."

That's what they should rename the little guy - Speed Bump! 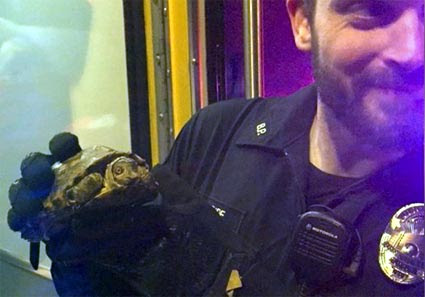