CALIFORNIA -- Witnesses say a 62-year-old man was loaded into an ambulance Sunday afternoon after he was attacked by a pit bull along the American River Parkway near Cal Expo.

"With the blood you lost, you need to get medical help," Ruedi Eggers said.

He says he and his wife were sitting on a bench off the parkway trail with the soon to be victim -- along with a homeless man who had the dog. 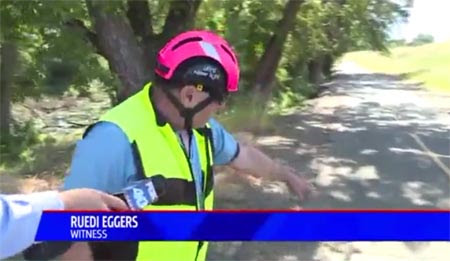 Eggers said the dog was very calm until the man tried to leave -- that is when the pit bull attacked.

"When he tried to get on his bike the dog charged him, and jumped on him, and threw him to the ground.

"You can see there is the first bite right there, and he walked over here, and here the owner was able to get the dog under control.

Sacramento County park rangers investigated the attack, interviewing Eggers and the victim, but they couldn't give us any more information on camera. 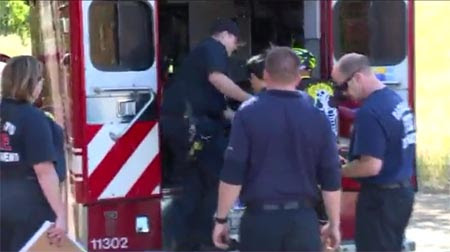 Pam Viray and her family rode by the scene moments after the attack. She says hearing the story won't keep her away from the popular walking and biking trail.