FLORIDA -- A man left bruised and bitten is recovering after a violent attack in his own back yard near Easy Street in Port Charlotte. 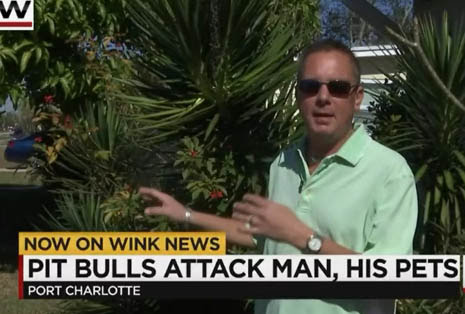 Truckenbrod says he flew into protective parent-mode to save his own pets.

“Three dogs mauling my body and two other dogs were after, they had two of my other dogs in their mouth,” Truckenbrod said. “I was in fear for my life. It was just a horrifying, terrifying experience.”

Truckenbrod’s neighbor heard the the screams and immediately ran to the rescue.

“My neighbor came over the fence with a machete and started hitting them,” Truckenbrod said. 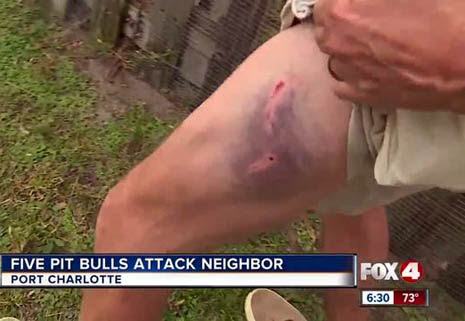 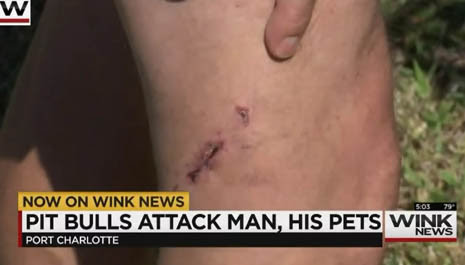 His dogs were able to escape without serious injuries, but Truckenbrod was not so lucky.

“I’ve got bite marks all over my body,” he said.

The pack of pit bulls are still roaming the streets. Charlotte County Animal Control is patrolling the area. 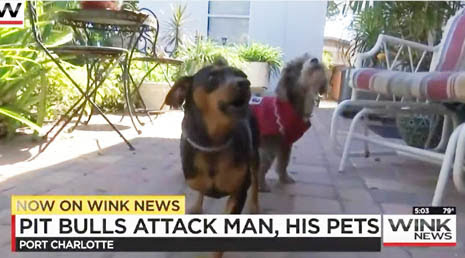 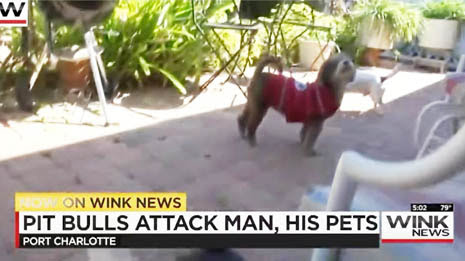 “Whoever owns these dogs, they were not trained right or something to that affect,” Truckenbrod said.

Despite the attack, Truckenbrod does not believe all pit bulls are dangerous but says he will be more cautious.

If you see the dogs or know the owner, contact the Charlotte County Animal Control. 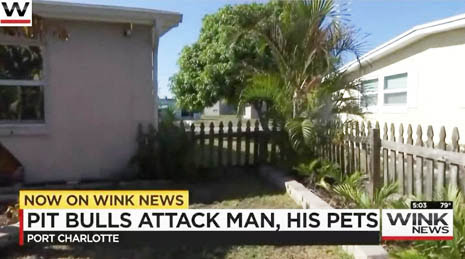 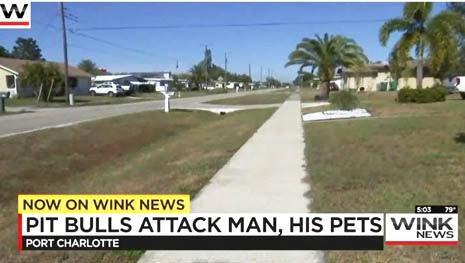