Texas: Woman says Pit Bulls which attacked her husband were 'trained to be mean' and insists 'not all Pit Bulls are bad'

Guys we need your help! Dan has been bitten by a dog this morning really bad. He was on the corner of 1995 and 422 (close to the Garden Valley Golf Course), he saw a man in a newer model gray Chevrolet truck (the man has a bald head) trying to round up 3 puppies out of the road so Dan stopped to try to help him round them up.

As soon as Dan stepped out of the car one ran and attacked him. Dan hollered to the man that they looked like Pit bulls and the man said no they aren't pit bulls they are mini bullys but he had also said they weren't his dogs so how did he know what the breed was and why was he able to throw them up in his truck without them biting him???? He had the nerve to tell Dan as he was leaving that Dan must have reminded the dog of someone he didn't like. HE KNEW IT HAD BITTEN DAN BUT JUST DROVE OFF. The dog also had a HUGE chain around his neck. 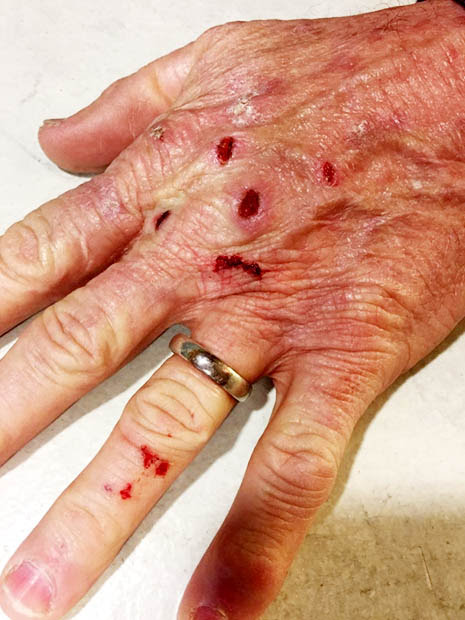 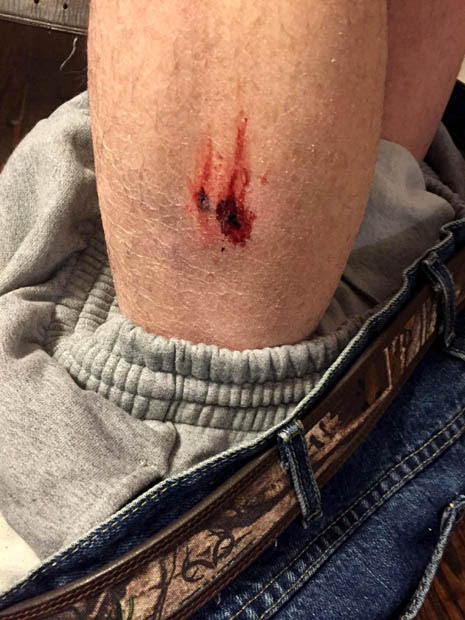 Guys he's raising mean dogs that will ATTACK unprovoked so if you have kids in that area please be aware those dogs are running loose. The animal control for Smith county said we aren't the first call, they have gotten several calls on these dogs. If you know who this might have been please let us know....we just need to know they have had their shots so Dan doesn't have to do rabies treatment! NOTICE IT PUNCTURED DAN'S LEG THRU A PAIR OF JEANS AND A PAIR OF JOGGING PANTS!!! HE HAD TO CLIMB ON TOP OF THE CAR TO GET AWAY FROM THE DOG!!!! If you know who this might be and you don't want to say out on the wall message me in a private message we just need to know so we don't have to pay for treatment that isn't nesessaty. 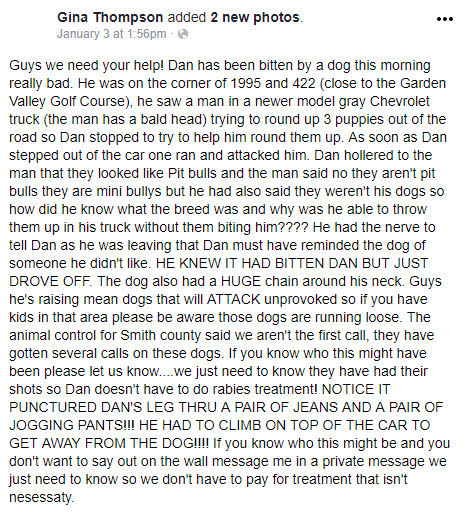 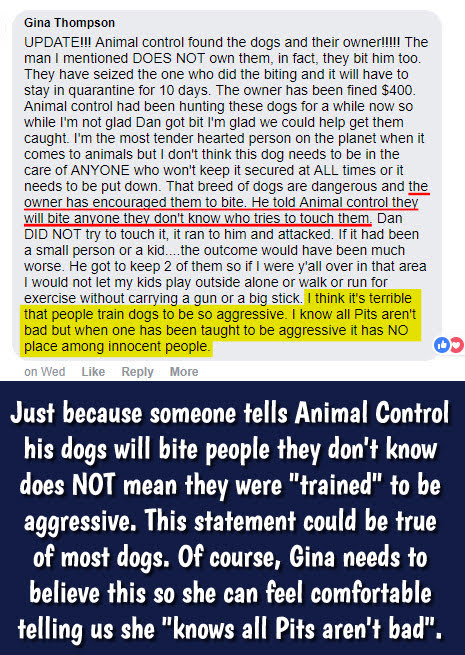 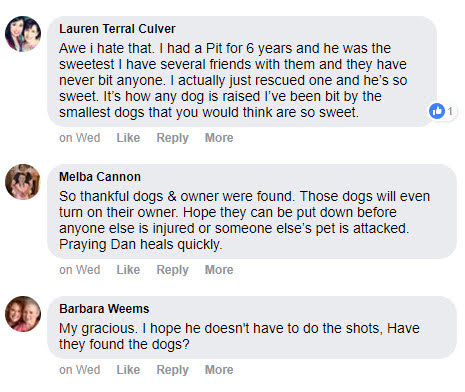 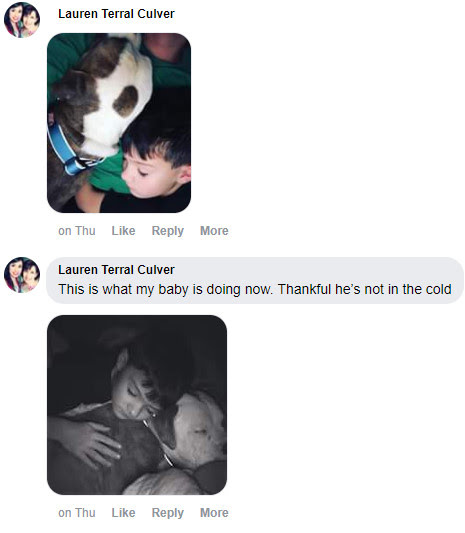 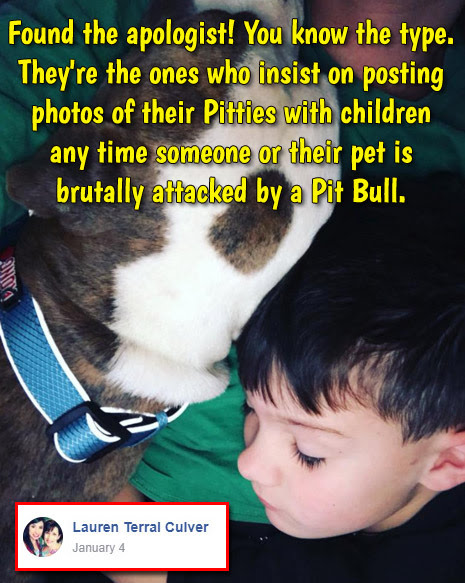