LAWRENCE, IN -- A Lawrence dog is recovering after a vicious attack.

The dog's owner is nursing her dog back to health after it was caught in the jaws of a pit bull. 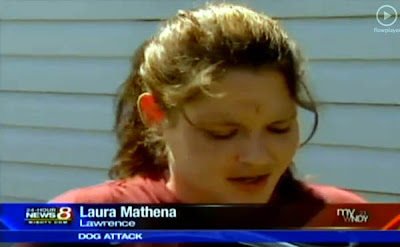 Reporter Daniel Miller talked to a dog owner who's now one of the victims.

Nearly two weeks ago, 7-year-old Rosie, a schnauzer-terrier mix, got mixed up with a pit bull. Rosie nearly lost her life. 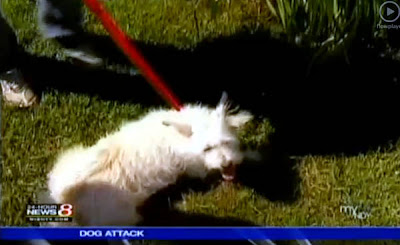 "It just came through the screen door and latched on to her neck, would not let go and would not let go," said Laura Mathena, Rosie's owner, "She was wiggling and trying to get loose; it was very scary."

Rosie has 12 staples in her neck and face to treat the wounds. 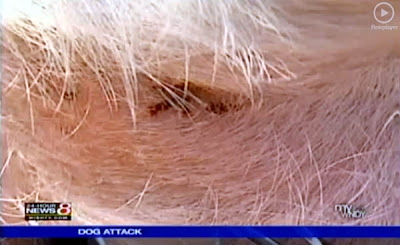 "She had a hole in her neck about the size of a nickel," Methena said, recalling that she felt helpless, unable to help her own dog.

"Two grown men couldn't get it off,” she said. “They had to run inside and get a screwdriver and pry the dog's mouth open."

The pit bull's owner told police the dog isn't vicious, but officers said it showed signs of being a fighting dog.

Fighter or not, though, Mathena said she's done with walks in her neighborhood, at least for a while. She said her priority is making sure Rosie recovers. 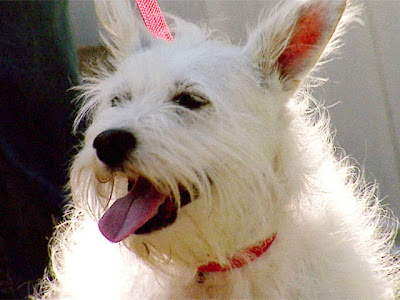