CALIFORNIA -- An off-duty Taft police officer shoots and kills a pit bull as it attacks her dog.
Police say the officer awoke to sounds of dogs fighting in the back yard of her Bakersfield home.

It happened in a quiet neighborhood near Wible and Taft Highway just after 8 a.m. Thursday. 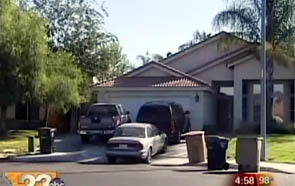 Police say when the Taft officer went into the back yard of her home to rescue her dog, the pit bull charged her, and that’s when she opened fire.

"This morning she was awakened by the sounds of possibly her dog being attacked by the neighbor’s pit bull dog," said Bakersfield police Sgt. Orbin Love.

The officer grabbed her gun and fired multiple times killing the dog.

"It appears she has had prior contact with the neighbor regarding the dog gaining access to her back yard," Love said.

Neighbors say they are sad the dog was killed but they understand.

"I'’d do the same thing. I’m animal lover, and I don'’t like to see animals attack each other," said one neighbor who asked not to be identified.


Police say it’s a clear cut case of self-defense. Bakersfield police say it is legal to shot a dog in defense of your pet as long as you are legally carrying the gun. 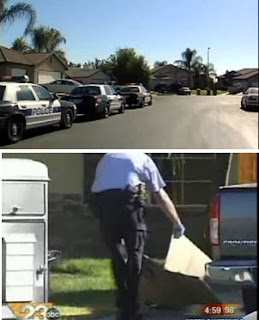 “
It appears at this time like she fired shots in self defense of herself, her family and her two dogs," Love said.

Neighbors say loose dogs are a problem in the area.

"I put my dogs on leashes, and sometimes we do see some loose dogs, and I get scared just in case one of the dogs was to attack my dog," Ashley said.

Taft police say it’s not yet clear if the officer used her service weapon to shoot the dog. Bakersfield police say no charges will be filed in the case.