South Africa: Family devastated after their Dachshund is mauled to death by two large dogs at a public park

SOUTH AFRICA -- A Sunningdale family say they are devastated after their beloved pet was fatally mauled at a public park in the area.

Murray Staats said his wife, Molly, had taken Izzy and Ernie, their dachshunds, to the park in Sunningdale for a walk. However, within minutes of arriving, his rescue pet, Izzy, was attacked by two dogs that were off their leashes.

The attack has left the family deeply traumatised and Staats has urged pet owners to take more responsibility for their dogs. 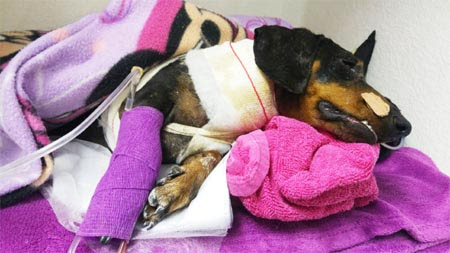 “My wife, who is on maternity leave, took our baby and the dogs down to the park. When she arrived, she let Izzy out and as she was unpacking items from the car, she saw two dogs off leashes run towards Izzy. She tried to put herself between the two dogs while trying to hold on to our six-week old baby.

"The lady who was looking after the dogs soon arrived to help take them away. Molly rushed Izzy to the vet who said the dogs had gone for her jugular, she died a few days later from the wounds sustained.

“Marshall Security was fantastic in helping me track down the owner of the dogs. This is not about pointing fingers but I do think these dogs should be banned from using the park. What if that had been a little child? This could also happen to another small dog. We frequent the park quite a lot and now we’re reluctant to use it because we are wary,” he said.

Staats said Izzy, who was a rescue dog, had just begun to come out of her shell.

“She was rescued from a breeder who had kept her in a cage for four years and initially she was skittish. She really just come out of her shell and showed what a beautiful dog she was. My hope is that owners begin to take more responsibility for their pets. The owner has argued that my dachshund was off the leash too but she would never harm a soul. 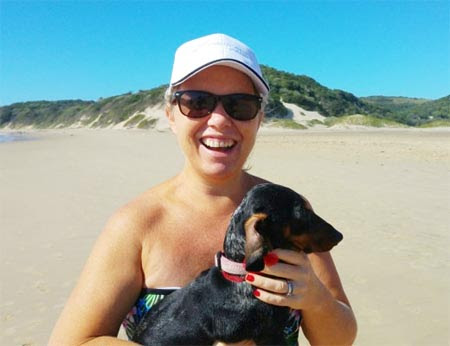 “People know their pets; if their dogs are aggressive or highly-strung, they should be on leashes. We also loved taking walks on the beaches, and I’ve noticed responsible pet owners shorten their leashes if they know their dog is going to react to other dogs. I’d do the same and pick my dachshund up if need be. We live in a fantastic neighbourhood but this whole experience has just spoiled it for us,” he said.