California: Police track down pit bull owner who fled with his dog after vicious attack

CALIFORNIA -- Authorities have located the man who fled from the Santa Barbara Mission rose garden last week after his dog attacked and severely injured another dog, according to the Santa Barbara Police Department.

Enzo, a 6-1/2 pound mixed-bred dog, was severely mauled at about 1:30 p.m. March 16, according to his owner, Kelly Patrick-Marie, who was in town with her husband, Sage Marie, on a business trip. 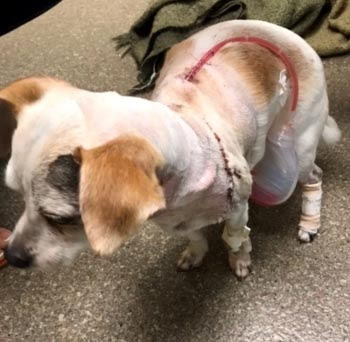 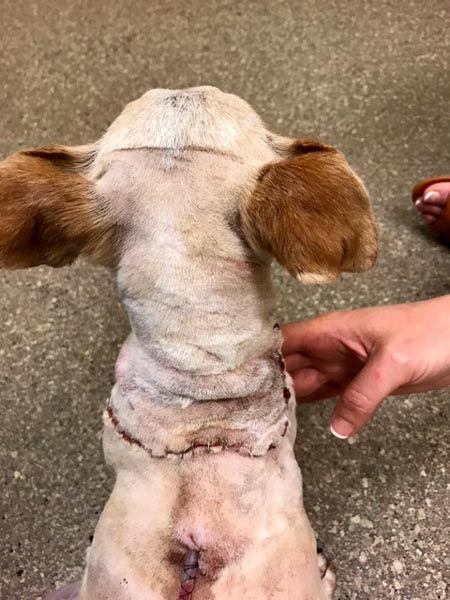 “Enzo was lying in the grass soaking in the sun at the rose garden of the Santa Barbara Mission when an unleashed, three-legged pit bull grabbed him by the neck and began shaking him,” Patrick-Marie said in a posting on a GoFundMe page set up to pay for the animal’s medical bills.

“After a while, the owner of the pit bull was able to free Enzo, but immediately fled the scene with his dog. Enzo's neck was almost completely severed and his left cheek was torn open.”

A city Animal Control officer arrived at the scene much later, according to Santa Barbara police Sgt. Joshua Morton, and eventually was able to determine that the attacking dog’s owner lives in Lompoc. 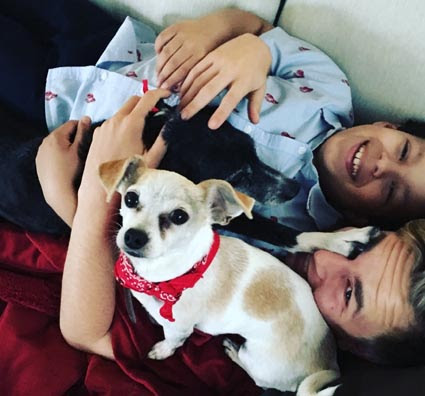 “He was able to do this because a witness who had seen what had occurred provided the information,” Morton said. “This witness was able to get the license plate number for the suspect vehicle as it sped away from the Mission.”

The Animal Control officer was able to track down the owner’s residence in Lompoc, and Santa Barbara County Animal Services was asked to assist in the investigation, Morton said.

“The dog was taken from the owner pending a vicious animal hearing, and will be held at the (county) shelter,” Morton said. 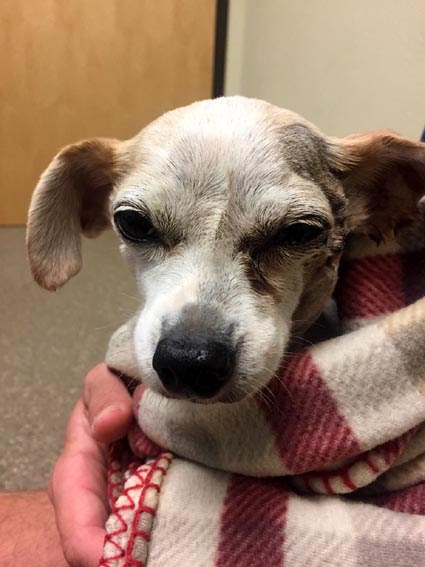 Patrick-Marie told the city Animal Control officer that Enzo was on a leash and the other dog was not, Morton said, but the owner of the attacking dog claimed both dogs were off-leash.

The animal’s owner, whose name was not released, has contacted the Police Department to set up the hearing, which has not been scheduled, Morton said.

After the hearing, the dog will either be released back to the owner or will be put down as a vicious animal, Morton said.

“As far as our Animal Control officers can tell, there has been no previous contact within the city or county with this dog,” Morton said. “This includes any attacks or other activity.” 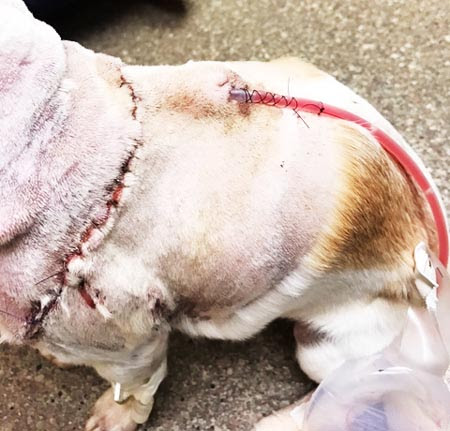 Morton said he was told the dog’s owner “was cooperative and has reached out to the victim/owner of the victim dog to pay for the vet bills.”

The only reason they're "cooperative" is because they've been caught and they know they're facing criminal charges for their vicious dog - and for being a coward and running off and hiding.

Patrick-Marie could not be reached for confirmation of that or an update on Enzo’s condition.

However, the GoFundMe page, which has reached $3,085 of its $5,000 goal, indicated Wednesday evening that Enzo’s recovery was progressing well.

“Enzo had his first vet check up, and his skin is healing nicely,” Patrick-Marie wrote. “We go back Friday and hopefully get his drain removed. The best medicine is all the love he is getting from his brother, Quinn.” 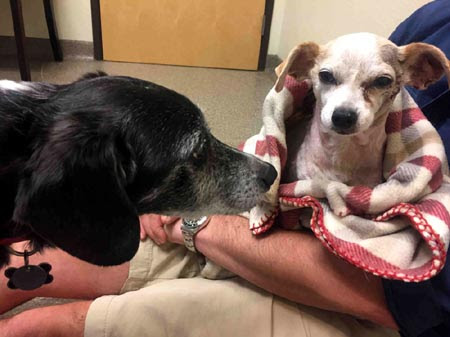 GoFundMe link: Enzo's Surgery Expenses
On March 16, 2017 our sweet little 6.5lb mutt, Enzo, was lying in the grass soaking in the sun at Rose Garden of the Santa Barbara Mission when an unleashed three-legged pit bull grabbed him by the neck and began shaking him.

After a while the owner of the pit bull was able to free Enzo, but immediately fled the scene with his dog.

Enzo's neck almost completely severed and his left cheek was torn open. He had a three-hour surgery last night and is stable, but critical condition.

This is going to be a long journey of recovery for the little guy. Anything that you can contribute to this unexpected expense would be helpful. The 5k is based on the vet's estimate for the surgery and hospitalization of $4400, plus follow-up visits to our vet back home in San Pedro.

All donations in excess of our actual expenses will be sent to Santa Barbara Animal Rescue. 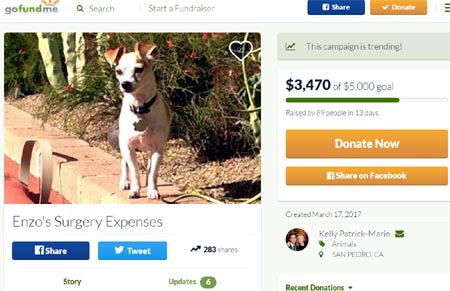