Australia: Dramatic moment Clydesdale stranded in chest-deep human waste is hoisted out of a septic tank

AUSTRALIA -- This is the dramatic moment a traumatised horse is pulled from a septic tank after becoming trapped.

The five-year-old Clydesdale had fallen into a sewage pit on a hot, summer day and could not get out. 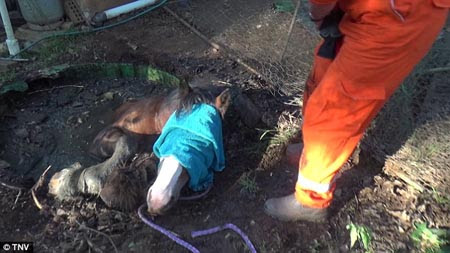 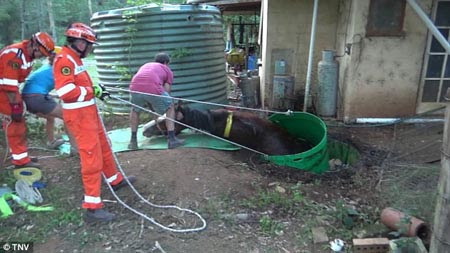 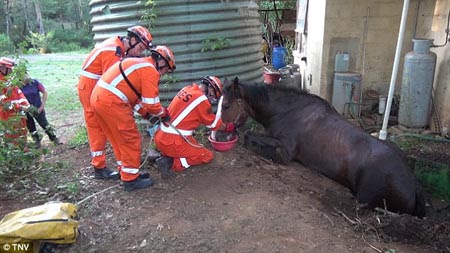 Only the male's head and right front leg poke out from the pit as he remains chest-deep in human waste.

Four State Emergency Service volunteers were called to the scene at Grose Vale, on Sydney's north-western outskirts, to rescue the male gelding.

A towel is wrapped around its eyes before ropes are attached to its body. 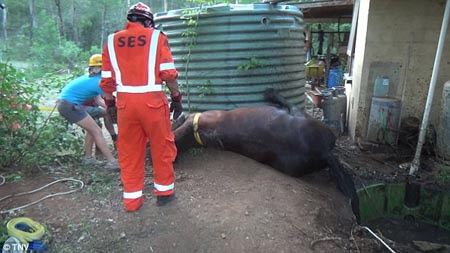 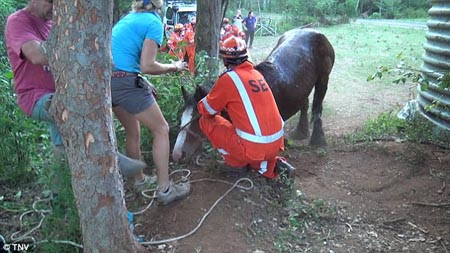 Video footage shows emergency crews using a bridle to direct it from the pit in the ground.

A green plastic mat wrapped around the horse's body is also used to haul the animal out with ropes.

After several attempts, the horse is hoisted out and put on another plastic mat.

'Good boy,' a man said after the sewage-covered horse was rescued.

With a few moments, it is standing on all four legs. 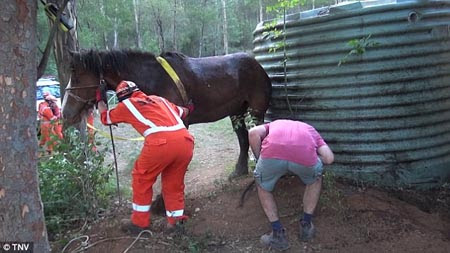 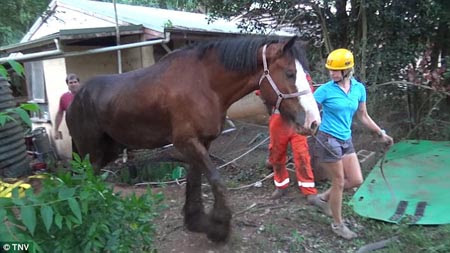