CONNECTICUT -- Two pit bulls attacked a Labradoodle at Bushnell Park in Hartford on Wednesday evening, according to a police report.

The attack happened near the carousel around 5:30 p.m. Wednesday when a dog walker, Kate Molloy, was walking Ace, a 10-year-old Labradoodle, on a leash. 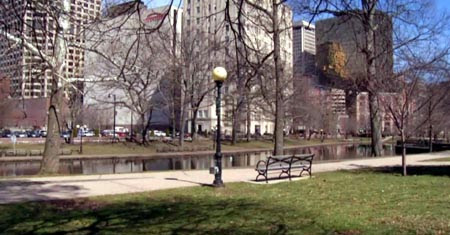 The police report says two pit bulls were nearby with their owner, playing in the pond, when the dogs suddenly attacked Ace.

Molloy described what happened in a statement.

“To see Ace pinned down by two pit bulls was extremely scary and it was even worse listening to him as he was crying in pain. It was just a very scary situation and I could see blood by his face, on his back, under his jowls and the dogs just kept pulling,” Molloy wrote.

Ace was taken to a vet to be treated for injuries to his left ear, neck and back. 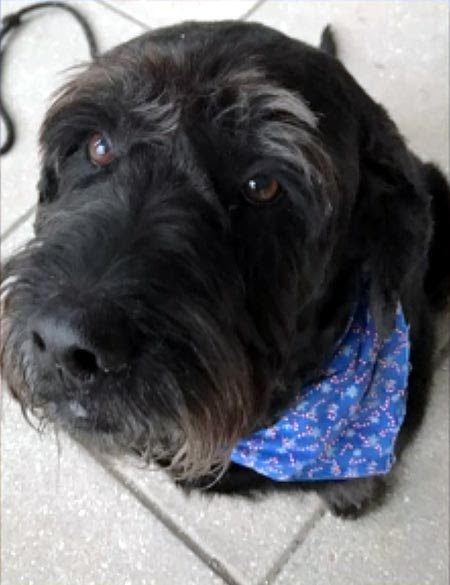 The police report says the owner of the pit bulls "just got" the dogs, which are about 2 years old, and didn’t have paperwork for them.

The two pit bulls were released to their owner, who was issued a ticket and $606 fine for allowing his dogs to roam, a rabies vaccination violation and for being unlicensed.

Does Hartford not have vicious dog laws? A fine and the dogs are simply handed right back to the owner so they can kill the next victim?

Hartford requires all dogs that are six months or older to be licensed and they cannot run at large without a proper leash or chain.

Ace’s owner said the dog is doing well and has left the vet's office. 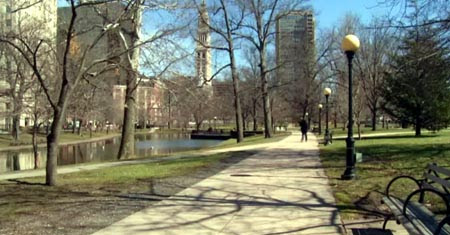 UPDATE: WHY DIDN'T ANIMAL CONTROL CITE THE PIT BULL OWNER FOR HAVING A VICIOUS DOG?

A reader emailed me to let me know that Hartford has an ordinance regarding dogs being declared vicious. The owner has to abide by several rules, including having the dog muzzled any time it's being walked, the owner must have $100k in liability insurance on the dog in case it attacks again, they have to have signs outside their home warning of a dangerous dog, etc. Why didn't Animal Control cite the owner under this ordinance?

(1) Leash and muzzle. No person shall permit a registered and licensed dangerous dog to be kept outside of a building without being confined in an enclosure away from the public. No person shall permit such dog to go outside the enclosure unless such dog is securely restrained with a leash no longer than four (4) feet in length and in the physical control of its owner.

In addition, all dangerous dogs on a leash outside an enclosure must be muzzled by a muzzling device sufficient to prevent such dog from biting persons or other animals. 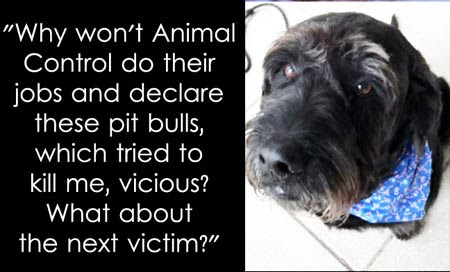 (2) Confinement indoors. No dangerous dog may be kept on a porch, patio or in any part of a house or structure that would allow the dog to exit such building on its own volition. In addition, no such animal may be kept in a house or structure when the windows are open or when screen windows or screen doors are the only obstacle preventing the dog from exiting the structure.

(4) Signs. All owners, keepers or harborers of registered and licensed dangerous dogs within the city shall, within ten (10) days of the effective date of this section [March 12, 1990], display in a prominent place on their premises a sign easily readable by the public using the words "Beware of Dangerous Dog."

(5) Insurance. All owners, keepers or harborers of registered and licensed dangerous dogs must within thirty (30) days of the effective date of this section or notification by the police department that his/her dog has been identified as dangerous, provide proof to the city clerk of liability insurance with minimum coverage of one hundred thousand dollars ($100,000.00) for bodily injury to or death of any person or persons or for damage to property owned by any persons which may result from the ownership, keeping or maintenance of such animal during the registered period. Alternatively, owners, keepers or harborers of dangerous dogs may post with the city clerk a surety bond of one hundred thousand dollars ($100,000.00) conditional upon the payment of such damages during the period of such registration or other equivalent evidence of financial responsibility such as a personal bond secured by a mortgage in real property or security interest in personal property.

(e) Failure to comply. It shall be unlawful for the owner, keeper or harborer of a dangerous dog registered and licensed with the city to fail to comply with the requirements and conditions set forth in this section. Any dog found to be the subject of a violation of this section shall be subject to immediate seizure, impoundment or destruction. 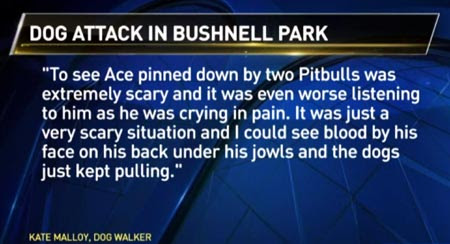 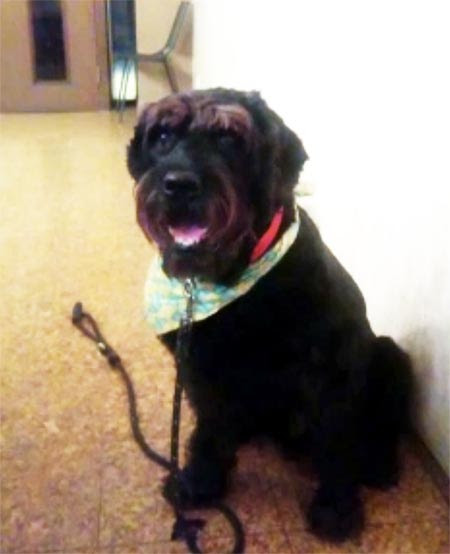