Florida: On probation for felony animal cruelty, Glen Yerkey, 29, violates his probation and is arrested again

FLORIDA -- Back in July 2015, Glen Yerkey was arrested and charged with aggravated animal cruelty. A Good Samaritan named Robert Horn saw him viciously kicking his dog and intervened, yelling at him from his car to stop. 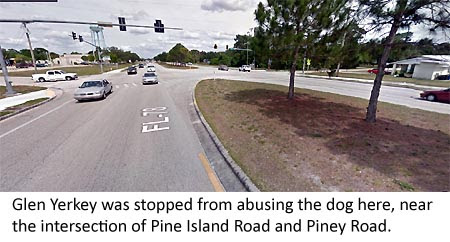 Yerkey freaked out that anyone would dare challenge him. After all, he's used to abusing an animal that cowers in fear and pain at his abuse. Yerkey went storming over to Horn's car and punched him through the open window. 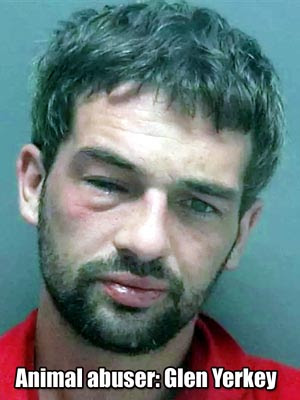 Yerkey clearly isn't too smart of a guy. As with most animal cruelty cases, he got probation and couldn't even keep himself from violating the terms of his probation. He was just picked up on a VOP - looks like he was burglarizing a place (residence, business) and when caught, had drugs on him. Like I said, he's not the brightest bulb. 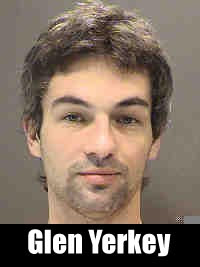