NEW YORK -- A Copiague man was charged Thursday after four emaciated dogs were found in a home that looked “bombed out” — with two of the dogs locked in separate cars gutted to the seat springs, Suffolk SPCA officials said Thursday.

Anthony Laccone, 55, was nowhere to be found in late November when the dogs were seized, but he was tracked down Thursday at a Central Islip court hearing on an unrelated allegation of second-degree harassment, authorities said.

Laccone was charged with one count of animal neglect and SPCA officials said additional charges are expected. He could not immediately be reached Thursday night. 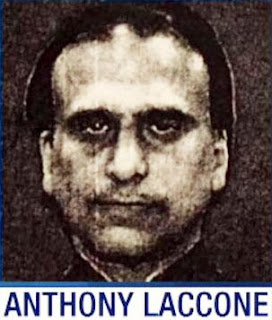 SCPA investigators were taken aback immediately upon arriving at Laccone’s Mazzine Avenue house on Nov. 28, shortly after receiving a tip that there were dogs on the property, but no running water and electricity, said Roy Gross, head of the Suffolk County Society for Prevention of Cruelty to Animals.

“They noticed two dogs jumped out of a window of the house and ran off,” Gross said. “Where they went, we don’t know.”

Investigators could not hear any other animals in the house, he said, adding that two days later, the SPCA and Babylon Town workers went in.

The conditions were the most horrific that one SPCA officer said he’s seen in his 18 years at the agency, with trash, feces and an overwhelming odor everywhere, Gross said. Everyday items, like beds and computer keyboards, were almost unrecognizable, damaged or ripped up, he said.

“It looked like it was bombed out,” the SPCA chief said.

Pile after pile of trash had to be thrown aside before investigators could open the inside door to the garage, he said.

“There were two cars in the garage, and there was a dog in each of the cars,” Gross said. “He had to break the windows to get the dogs out of there. They were locked in there. I did see pictures. I didn’t even know it was a car. When I saw the inside, there was no upholstery, it was just springs. I saw a steering wheel and I said ‘Oh my God, it’s a car.’ ”

Two more dogs were found in the cluttered basement among the trash and feces, Gross said.

None of the pit bull mixes, which ranged from 8 months to 4 years old, had food or water, the SPCA said.

They were all aggressive, Gross said, and were turned over to the Babylon Town animal shelter. Babylon Town officials declined to say what happened to the dogs, citing the pending case.

Gross said Laccone’s house has since been sold.

“If he didn’t want the animals, why didn’t he bring them to the shelter?” Gross said.