NEW YORK -- More than 20 abandoned dogs were discovered at a property in New York state this week.

Authorities say they were alerted to the situation by a contractor taking photos of a dilapidated home in the town of Stratford, in the southern Adirondacks. 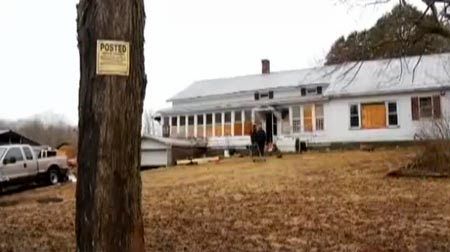 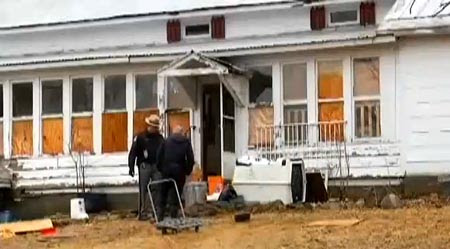 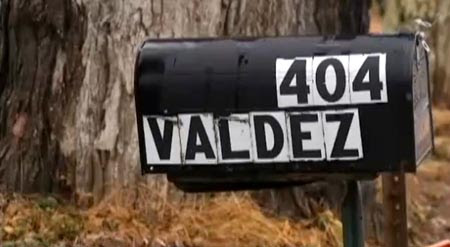 Police say nine of the French Mastiffs were dead and 13 were in various states of emaciation.

They had no food or water, and officials aren't sure when the animals were last fed.

This isn't the first time authorities have visited the home.

“It makes me sad that the poor things had to go through as much as they did,” said Karen Jaquay, Stratford dog control officer. 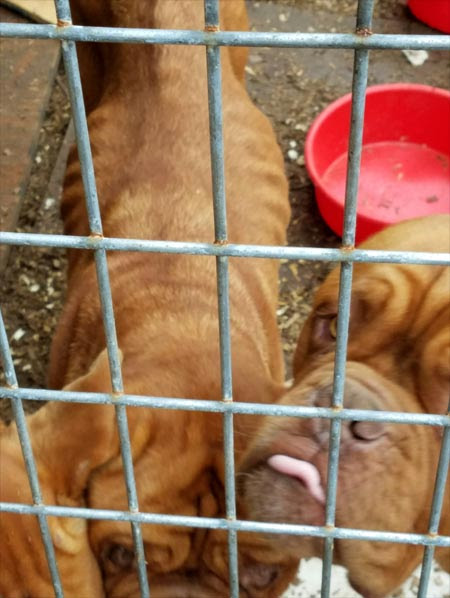 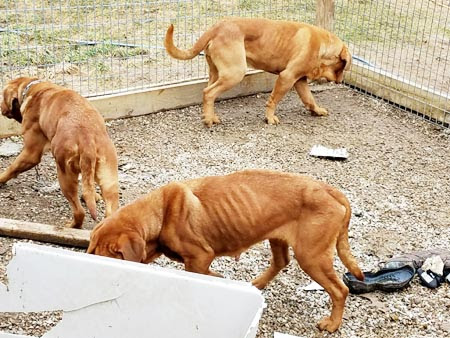 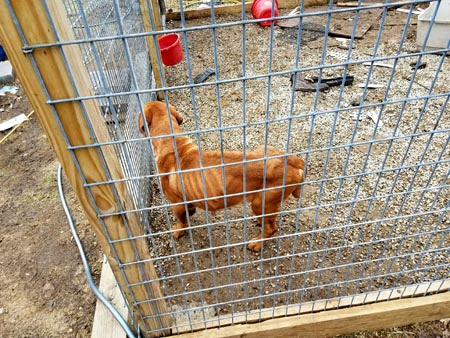 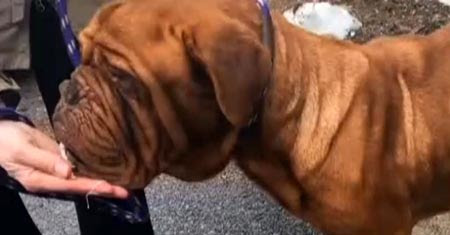 Police say 22 mastiffs were kept at the Stratford home inside a boarded residence and makeshift kennels. “The house is really in deplorable conditions. The dogs have defecated throughout the house. There's dead dogs inside the house,” said Capt. Michael Tietz, a New York State Police officer.

This isn't the first time 55-year-old Bentley Valdez has been spoken to about his dogs. Animal control was first notified this past August. 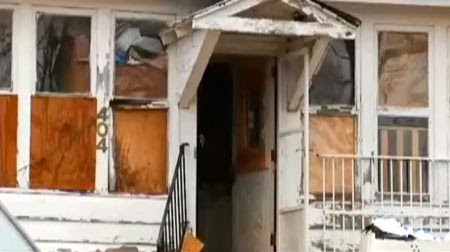 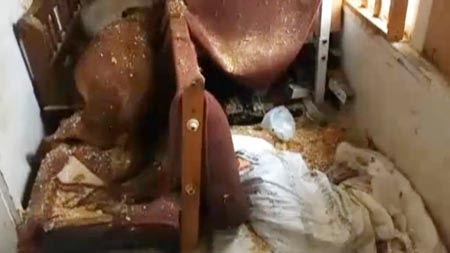 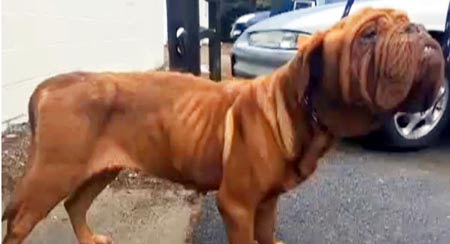 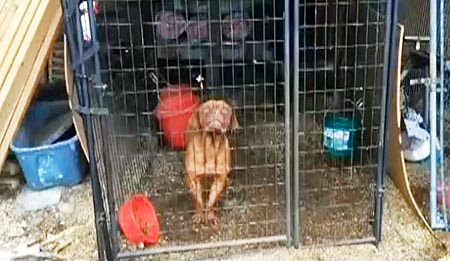 “I did come in. I did bring in the state troopers. He was issued warnings. He did go to court for failure to license,” Jaquay said.

She says she met with Valdez monthly until December. And upon walking into the home on Wednesday, “I was, I was shocked,” Jaquay said.

Conditions changing so drastically she doesn't know what went wrong.

“I see a man that has lost a little bit of touch with reality, what he can do for these animals and what he actually is doing,” she said. 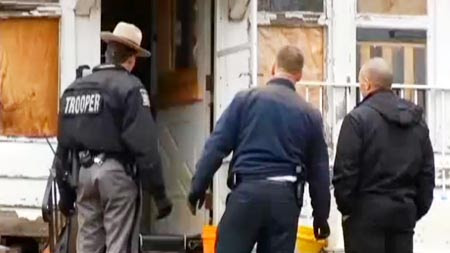 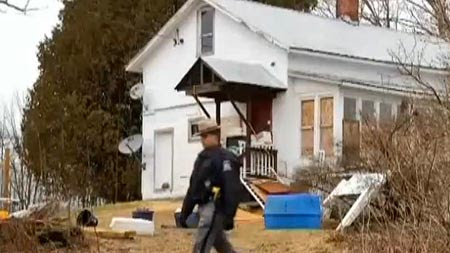 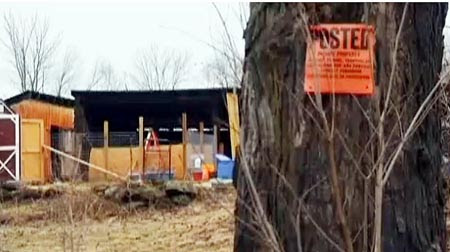 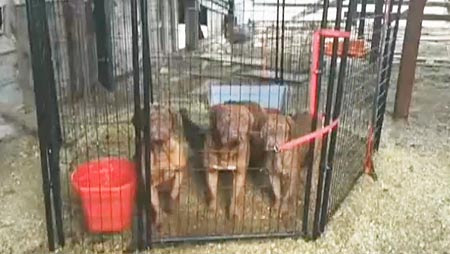 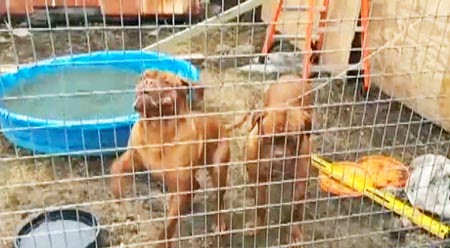 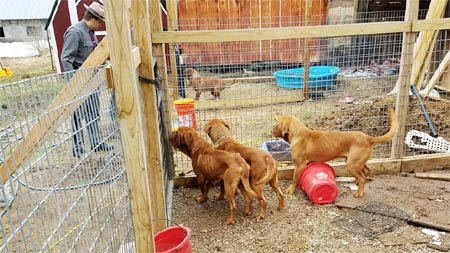 Authorities say many of the dogs were purchased from overseas, from breeders in places like Russia and Spain. “He spent a considerable amount of financial resources and time to do this. Why he's doing it in this manner is anybody's guess,” Tietz said. 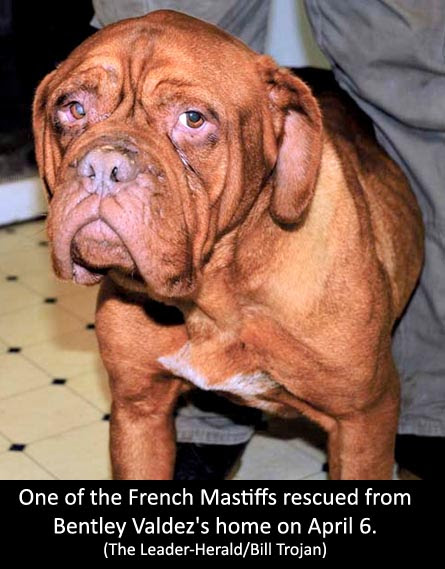 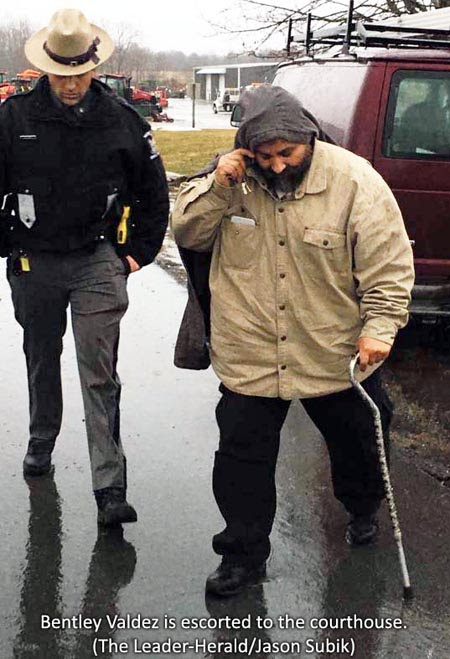 The dogs are now in the care of the local Humane Society. Police say the owner of the dogs, Bentley Valdez, turned himself in Thursday night. He was then arraigned in Stratford Town Court, charged with 22 counts of failure to provide sustenance to the animals.

He's been released on bond. 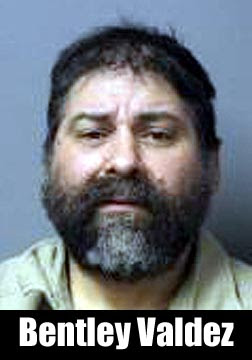 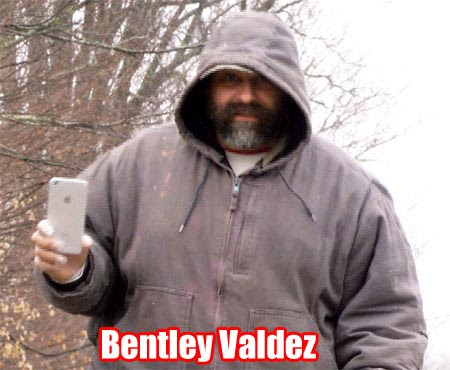