New York: Prosecutors drop animal cruelty charges against Tod Mishler. Only good news is that he must surrender horses

NEW YORK -- The "Outerbridge Cowboy" will be riding off into the sunset without his horses.

Tod (Doc) Mishler, 80, on Monday pleaded guilty to disorderly conduct, a non-criminal violation, nine months after he rode across the Outerbridge Crossing on horseback, with a second horse in tow, sparking controversy which ultimately led to his arrest on charges of animal cruelty. 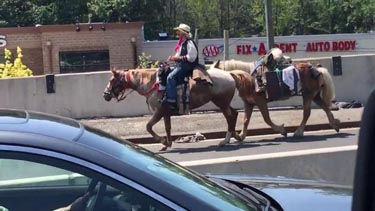 Authorities alleged the animals were dehydrated, had bleeding sores caused by the saddle and had not been regularly examined by a veterinarian. 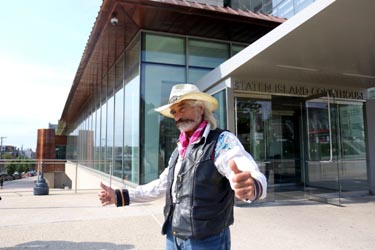 As per the plea, Mishler received a one-year conditional discharge and signed a forfeiture agreement giving title of the two horses -- Hope II and Charity II -- to the NYPD.

The upstate Ulster Park resident is also barred from possessing horses in New York for the next two years.

This is kind of pointless b/c he doesn't even live in NY. He can go back to Montana and get more horses tomorrow. 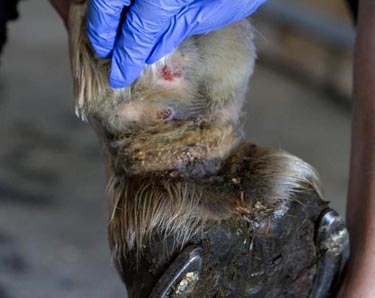 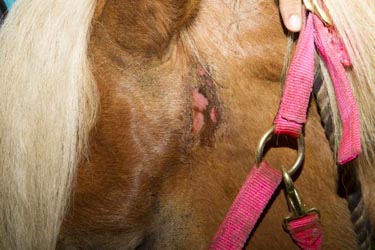 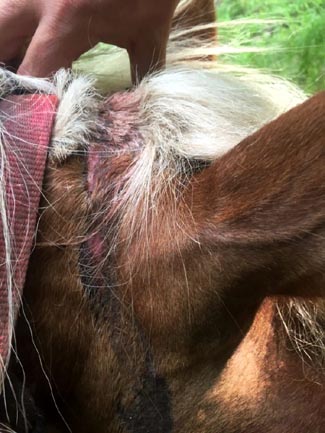 His horse, Hope II, who has been with the cowboy for a few years with “16,000 miles on her,” according to Mishler, had bloody open sores where she had been rubbed raw from her harness on both her neck and head, court records show.

Vets also found lameness in her right leg from an untreated infected injury.

His second steed, Charity II, was underweight and had oozing pressure sores on her torso, officials said.

Despite the horses’ deplorable conditions, Mishler said he had done nothing wrong.

“Animals were given to man by God for their use, but people have turned it into where they care more about animals than people,” Mishler told investigators at the time.

"If I caused anybody any harm, please forgive me," Mishler told the court. "It's been a learning experience. I just wish everyone peace and unity." 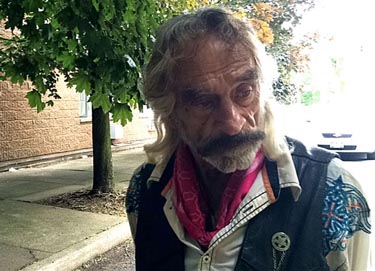 The bearded, long-haired defendant was garbed in his typical western outfit of a dark vest, pink bandanna, bright blue shirt and buckskin jacket. His white cowboy hat, covered in plastic due to the rain, was placed on a seat in the audience.

Outside court, Luthmann said his client has dropped the $50 million civil lawsuit he filed last year against the district attorney's office, NYPD, Parks Department and the city itself.

"We think this is probably the morally correct thing to do," Luthmann said, referring to his client's plea. "We can't see the district attorney's office expend any more resources for a full hearing and a full trial ... whereby there's so much problems with heroin on this Island and children dying of heroin." 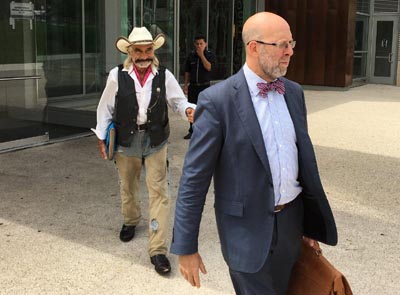 In a statement, District Attorney Michael E. McMahon said, "When Mr. Mishler first rode into Staten Island, his two horses, Hope II and Charity, suffered from painful bleeding sores and showed serious signs of dehydration. I am proud to say that today both of these horses are fully recovered and have been placed under the care and supervision of trained professionals at facilities capable of meeting their everyday needs."

"Thanks to the dedicated work by the NYPD, ASPCA and this office's Animal Cruelty Prosecution Unit, led by Assistant District Atttorney Jane Grinberg, Hope and Charity can now look forward to enjoying full and healthy lives," said McMahon. 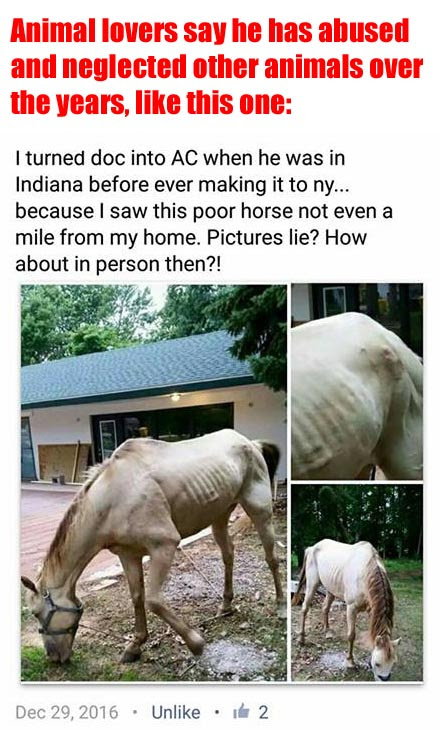