Oklahoma: Cecille Short, 82, and her small Papillon named Taylor are both attacked and mauled to death by two Pit Bulls

OKLAHOMA -- Family of a woman mauled by two dogs on Oklahoma City’s far northwest side Thursday afternoon says she was a loving woman who relished the neighborhood she lived in. 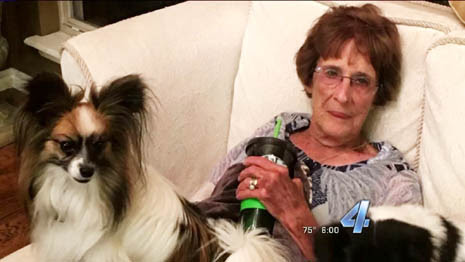 When police got to the scene, they could not get to Short quickly enough. She was pronounced dead at the scene. Her beloved Papillon named Taylor was also mauled to death by the Pit Bulls.

Police shot one dog dead; the other was also shot, run over by a police squad car and then captured at the owner's home the next block over. It is recovering and in custody with Oklahoma City Animal Welfare. 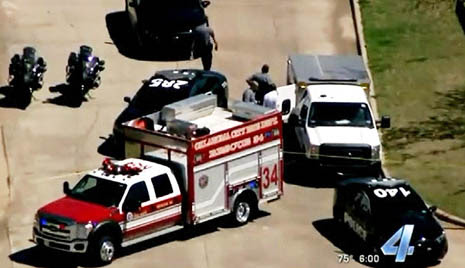 “The investigation is still in the very early stages," said Oklahoma City Police Department spokesman Master Sgt. Gary Knight. "It’s simply too early to speculate what’s going to happen from here. The homicide unit is working it because it did involve a death.”

Knight says its too early to say if the owner will face any charges. As of Friday morning, investigators were still waiting to talk with him as he told them he wasn't home.

“They haven’t had a chance to interview him yet, because he indicated he was out of town," Knight said. However, in the video clip (below), reporters found a man at the home who quickly closed his garage door when they approached. He's home and is just avoiding the police until he gets an attorney.

Homicide detectives are investigating because it involves a death.

“These types of cases are so rare, where a dog mauls somebody to death. It’s an extremely rare event," he said.

A memorial of flowers and crucifixes growing near the corner of Willow Creek Blvd. and Windmill Rd. where Short was attacked, mere steps from her own home. 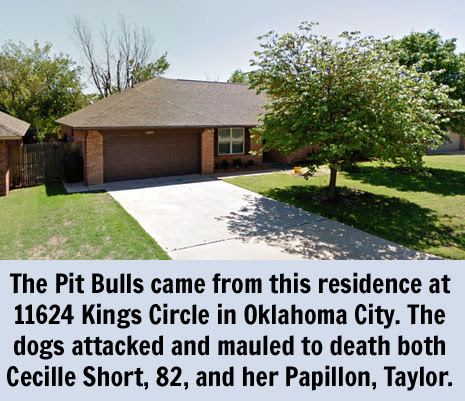 "We want people to know that everybody in the neighborhood knew her," said Short's daughter, Melinda Clonts. "She saw so many kids grow up."

Clonts says her mother was extremely active for her age, surprising her own family, with Resurrection Free Methodist, hosting Bible studies at her home, volunteering with Southern Plaza Retirement Village and -- in her free time -- taking a civics class.

The mother of two, grandmother of five and great-grandmother of four -- with another on the way -- doted over her dog, a Papillon named Taylor, her daughter said.

It was during a walk with her dog that Short was attacked; her dog was also killed. 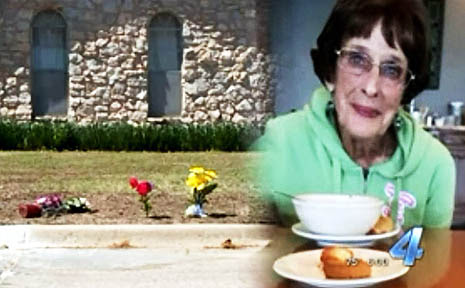 People who were at the home where the two dogs in the attack lived, one block to the east of where the attack happened, did not want to talk. A visible hole is in the fence on the south side of the house.

This is not the first time the dogs have run afoul of animal welfare officers.

"We do have a small history with these two dogs," said John Gary, Oklahoma City Animal Welfare Superintendent during a press conference Friday morning.

"But we're still in the process of researching that, so I don't know the exact number. I do know that we have received calls in that neighborhood for these two dogs."

Neighbors say it wasn't uncommon for the dogs to be out of the yard.

"They were out fairly often. Sometimes I wouldn't see them out for days on end -- maybe two or three weeks. Then they'd be out," said neighbor Mike Elder, who says his wife was knocked down by one of the dogs once before. 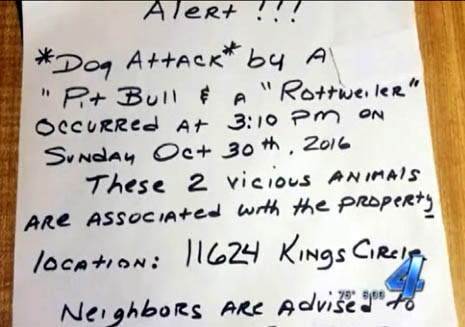 Elder says the roughly 100-pound dog wasn't attacking, but excited and easily bowled over his equally as heavy wife.

"They weren't being malicious, but the size of the dogs is the problem," he said.

One neighbor even circulated a letter late last year, warning neighbors to call police if they saw the dogs on the loose.

"Just a very sad situation that could have been resolved with better actions by these people, of keeping their dogs inside," he said.