OREGON -- The young cries of "He's a good boy" and "Give Kron a second chance!" can be heard over the buzz of cars driving by along NE 6th street in front of the Josephine County Court House.

It's a few young kids' wish to save their pit bull, named Kron, before he is put down for attacking a neighbor's horse, and then making moves to the horses owner's wife. 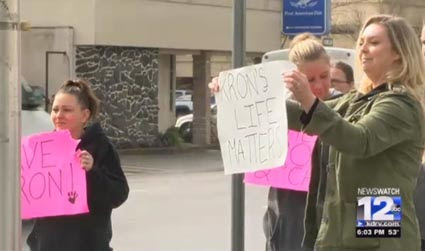 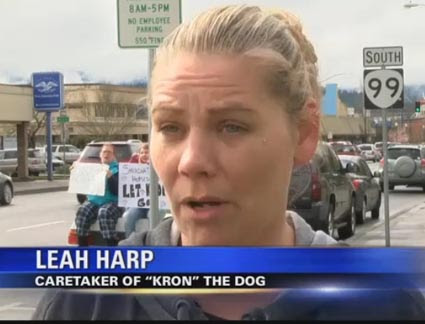 "Dog lunges at her, I pulled her out of the way, dog backed up, lunged at me," Horse owner John Bartlett said. "And I shot him."

Kron was shot at multiple times, both with a .38 and .22 pistol. The dog was hit twice, once grazing the skin of it's head and second through the side of it's head straight through to the neck. That bullet was too dangerous to remove, so it is still in Kron's head today. 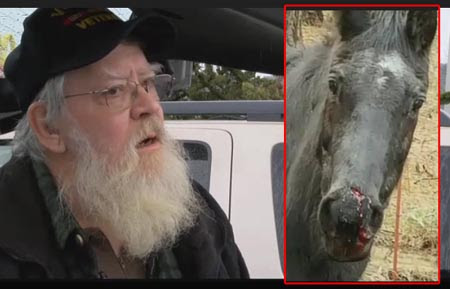 "The dog was hanging from my horse's nose," Bartlett said. "If you look under her chin, you can still see the flap of skin just hanging."

Bartlett has had the horse, Hummer, since birth almost 30 years ago. The horse didn't end up needing stitches, was put on antibiotics and is healing up, but Bartlett says the emotional damage is still there.

"She won't let anyone get near her anymore, even my granddaughter," Bartlett said. "And that's her pet."

After the attack, Josephine County Animal Control took the dog into custody, and did a large scale investigation into what happened.


After a public meeting this week, the Josephine County Commissioner's voted 2-1 to put the dog down. Simon Hare and Dan DeYoung both voted to euthanize the dog.

"I asked legal what our options were, there were a few but we ended up with putting the dog down." DeYoung said.

There was another option. The dog's true owners live in Albany, and they've offered to take the dog to live with them, but the county said no.

"It comes down to liability," DeYoung said. "It's going to come down on all of us in Josephine County if the dog goes off to another part of the state and ends up attacking someone again. Someone there is going to ask 'hey, did this ever happen before? why didn't they do anything about it?' then it's up to our lawyers."

DeYoung went on to say, euthanization is the better option. 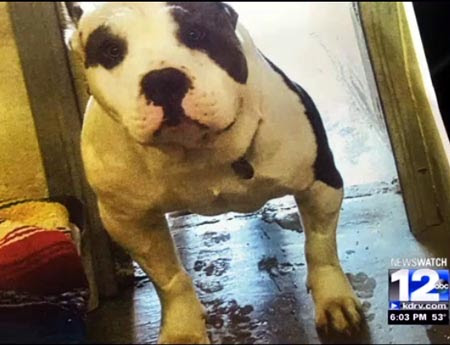 "Euthanizing the dog is the only way we can 100% know it will not attack again." DeYoung said.

That being said, DeYoung also vetted the path it would take for the pit bull's owner to appeal the council's decision. The case will first go to a hearings officer. Once they do an independent assessment of the case, if they come to the same conclusion as the county, the pit bull's owner can still appeal to the circuit court judge.

In the meantime, the dog can't be killed before due process. 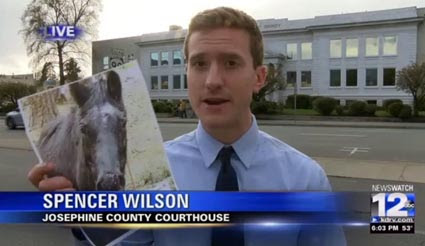 "We are going to flush this thing out in its' entirety." Deyoung said.

The decision won't come for at least another week, but pit bull's owner said they will be back out in front of the courthouse for as long as it takes until their dog is set free.

Regardless of if the pit bull is taken off the path to euthanization, he will not be returning to the home next to Hummer the horse.

Asked if he would do anything differently that day when the dog attacked his horse and menaced he and his wife, Bartlett said, "I would've reloaded [my gun]." 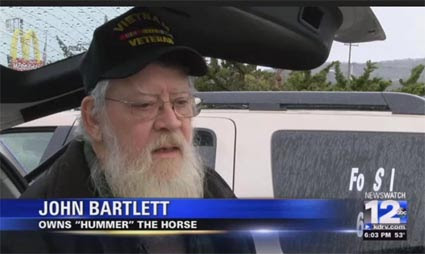