California: Woman and her horse attacked by Pit Bull while the owner "just stood there and watched". Animal Control handed the Pit Bull back to its owner.

CALIFORNIA -- Maxi, a five-year-old horse who resides at the Canyon Lake Equestrian Center, is recovering after being mauled by a dog during an early morning trail ride.

Maxi was playing in the water at the jump lagoon when her owner, Dori Lowe, first notice a woman with a dog off leash. Dori describes the dog as a pit bull mix. 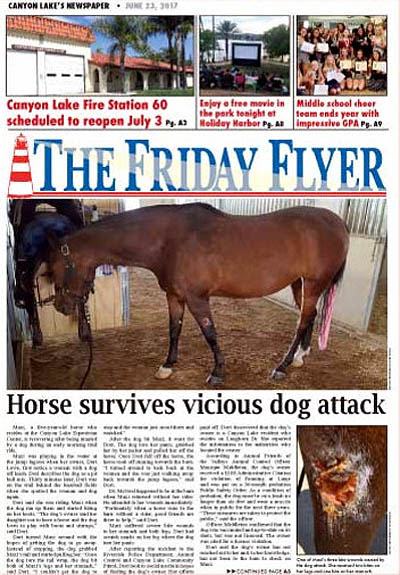 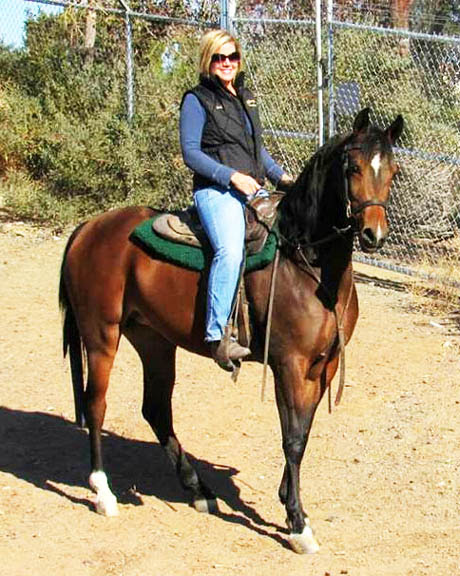 Thirty minutes later, Dori was on the trail behind the baseball fields when she spotted the woman and dog again.

Dori said she was riding Maxi when the dog ran up them and started biting on her boots.

“The dog’s owner [claimed] her daughter use to have a horse and the dog loves to play with boots and stirrups,” said Dori.

Dori turned Maxi around with the hopes of getting the dog to go away. Instead of stopping, the dog grabbed Maxi’s tail and started pulling her.

“Once the dog tore the tail wrap, the dog bit both of Maxi’s legs and her stomach,” said Dori. “I couldn’t get the dog to stop and the woman [owner] just stood there and watched.”

After the dog attacked Maxi, it went for Dori. 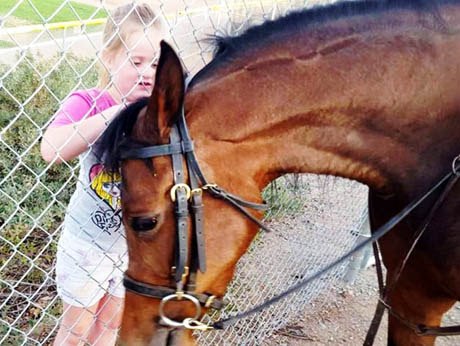 The dog tore her pants, grabbed her by her jacket and pulled her off the horse. Once Dori fell off the horse, the horse took off running towards the barn.

“I turned around to look back at the women and she [the owner] was just walking away back towards the jump lagoon [as if nothing had happened],” said Dori.

Dr. McNeel happened to be at the barn when Maxi returned without her rider. He attended to her wounds immediately.

“Fortunately when a horse runs to the barn without a rider, good friends are there to help,” said Dori.

Maxi suffered severe bite wounds to her stomach and both legs. Dori had scratch marks on her leg where the dog tore her pants.

After reporting the incident to the Riverside Police Department, Animal Control and Canyon Lake Community Patrol, Dori took to social media in hopes of finding the dog’s owner. Her efforts paid off.

Dori discovered that the dog’s owner is a Canyon Lake resident who resides on Longhorn Dr. She reported the information to the authorities who located the owner. 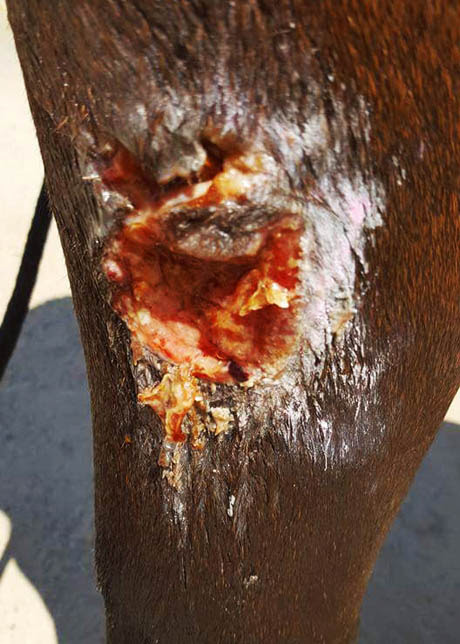 VICIOUS DOG GIVEN BACK TO OWNER

According to Animal Friends of the Valleys Animal Control Officer Monique Middleton, the dog’s owner received a $100 Administrative Citation for violation of Running at Large and was put on a 36-month probation Public Safety Order.

As a condition of probation, the dog must be on a leash no longer than six-feet and wear a muzzle when in public for the next three years.

“These measures are taken to protect the public,” said the officer.

Officer Middleton confirmed that the dog was vaccinated and up-to-date on its shots, but was not licensed. The owner was cited for a license violation.

This dog WILL attack again; it has no qualms whether it's a human being or a 1,000 pound animal. Just wait and see...

WHY DIDN'T ANIMAL CONTROL GET A JUDGE TO ORDER THAT THIS UNNAMED PIT BULL OWNER PAY THE MEDICAL BILLS (AND PAIN AND SUFFERING) FOR ALL THE VICTIMS??? 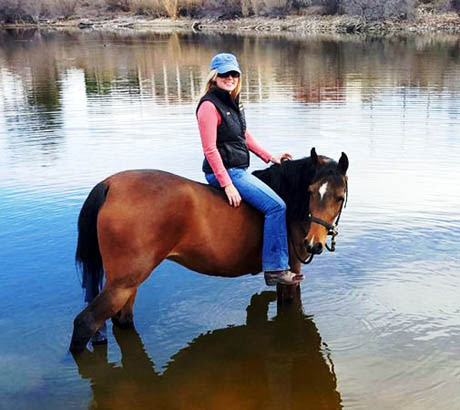 Dori said the dog’s owner has not reached out to her and, to her knowledge, has not been to the barn to check on Maxi.

Although Maxi’s wounds are beginning to heal, the horse is still traumatized and depressed, and reluctant to come out of her stall.

“She’s been taken off her pain medicine since her ulcers are also a concern. She’s on antibiotics for her open wounds,” said Dori. “We’re just trying to make her as comfortable as possible.”

Since the incident, Maxi has received many visitors at the barn. Dori said she is grateful for the support of the community and her friends at the barn.

“Maxi loves the attention and the carrots she’s been getting from the kids. It is so sweet to know that Maxi is loved by such kind people in the community.” 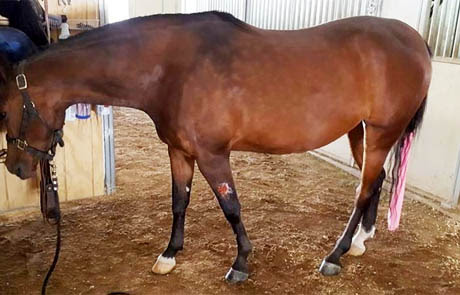