GHANA -- Teachers and pupils of New Amanful Basic School, a fishing community near Takoradi, are yet to come to terms with the horror of how an Alsatian (German Shepherd) strayed into the school and killed a six-year-old class one pupil who was playing with his schoolmates on the school's compound.

The pupils were said to be playing when the dog attacked Bismark Adzie and inflicted serious injuries on him.

Some brave onlookers went to the aid of the victim, but he died hours later at the Kwesimintsim Hospital due to the deep wounds inflicted on him by the dog. 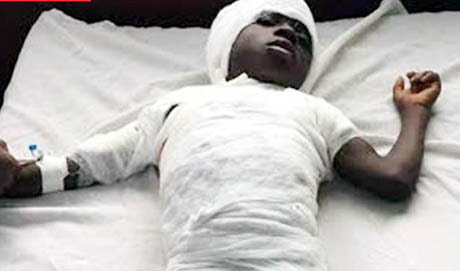 The owner of the dog, whose house shares a wall with the school, is said to have suffered several robbery attacks since he moved to New Amanful in the Ahanta West District in the Western Region.

According to the police, in order to protect himself and his property, the owner of the dog bought large breed of dogs, typically used as guard dogs.

The owner of the dog, the police said, was shocked that one of his dogs managed to escape to the nearby school to cause havoc.

A family member of Bismark, Mr Solomon Praha, told the Daily Graphic that Bismarks’s parents, the school and members of New Amanful were currently devastated and yet to understand how the whole thing happened.

He said from an eyewitness’ account, Bismark and his mates were playing during their usual break, while the managers of the school were holding a meeting with the school's parents teacher association (PTA); the dog suddenly appeared and attacked the pupils who were playing football.

"The rest managed to escape, unfortunately my little nephew could not," he stated.

The police are said to have begun investigations into the matter while the dog has since been referred to the Veterinary Services for examination.

Meanwhile the body of the victim has been released to the family for burial.