NORTH CAROLINA -- A Benson man has been arrested following the discovery of a meth lab in the Plain View community.

Deputies responded to the meth lab at 41 Butterfly Lane, Dunn, following a tip. The home is located just off U.S. 421 near the former Plain View Grocery.

A search was conducted and Victor Evans, 40, of Benson was arrested and charged with manufacturing meth, six counts of possessing meth precursors, possession of meth, destroying criminal evidence, resisting officer, cruelty to animals and possession of drug paraphernalia. 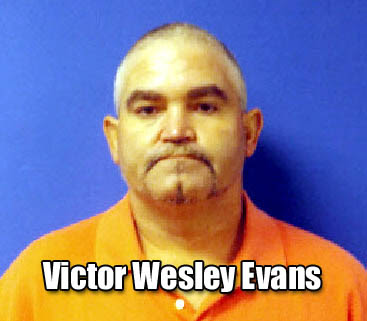 Evans, who is listed as being of the Butterfly Lane address, also reportedly has a Benson address.

“The destruction of evidence charges and resist charges come from the defendant attempting to destroy evidence while the agents were entering the residence to investigate the complaint.”

According to the N.C. Department of Public Safety, Evans was convicted in April 2016 in Johnston County of possession of a Schedule II controlled substance, a felony, stemming from an incident the month before.

He was given probation, but had that probation revoked and served three months in prison, from the beginning of August 2016 to the end of October 2016, court records indicate. His probation status is currently listed as inactive.