Pennsylvania: Pit Bull jumps into minivan and mauls two children who are still strapped in their car seats; children in "serious condition"

PENNSYLVANIA -- Police say two children have been hospitalized with serious injuries after being attacked by a dog in Pennsylvania.

Police say a 66-pound pit bull terrier broke through a fence in Lancaster Monday and attacked the children who were inside a nearby minivan, still secured to their car seats.

Police say the children's mother was able to pull the dog from the van with help from several people in the area.

“The dog managed to get inside the vehicle and attacked the children as they were still secured in their car seats,” police said in a statement. 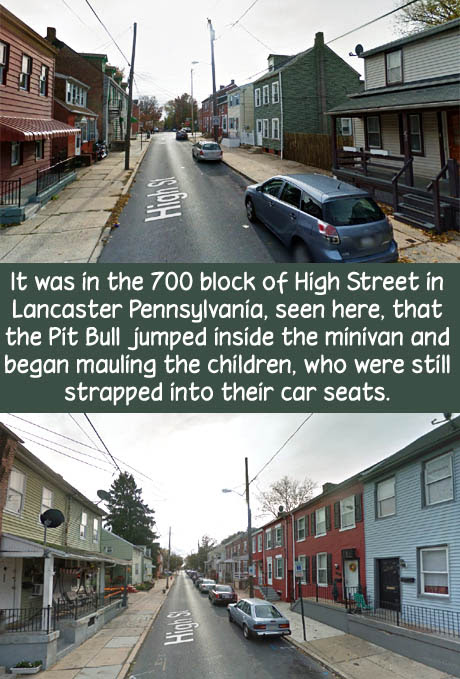 Responding officers arrived to the 700 block of High Street and found the children had already been transported to the hospital and the dog had been secured by its owner.

The two children, a 5-year-old boy and a 2-year-old girl, are reported in serious but stable condition.

The attack is still under investigation, according to Lancaster city police Lt. Bill Hickey.

The owner of the dog is cooperating with the police investigation, Hickey said in a statement Tuesday.

“The identity of the dog owner is not being released as no charges have been filed,” he said. “The dog is currently quarantined.”