South Africa; Woman attacked by two Rottweilers. The dogs' owner and another neighbor also attacked while trying to save her.

SOUTH AFRICA -- Elizabeth Mahlangu, a domestic worker, was walking home on Tuesday afternoon when she was viciously attacked by two Rottweilers who got out of their yard in Garsfontein, Pretoria.

Mahlangu, 42, was attacked by the two dogs after they escaped from an open gate. It is understood that the owner of the dogs had just arrived home and opened the gate when the dogs fled.

Gareth Pahl the medical head for the Hi-Risk Unit attended the scene shortly after the dogs attacked Mahlangu. 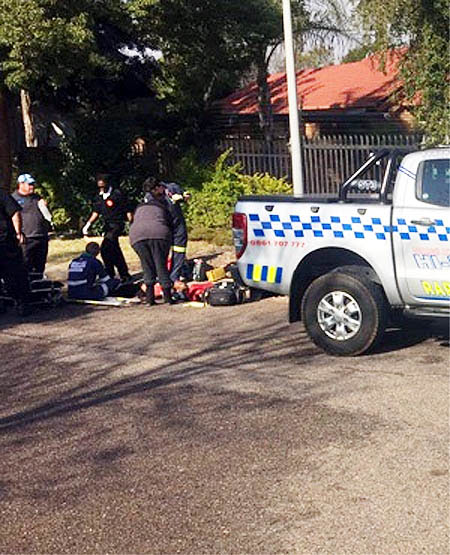 He said the dog owner and a neighbor were also bitten during the dog attack as they tried to stop the dogs from attacking Mahlangu.

"While the dogs were attacking the helpless domestic worker, a neighbor as well as the dog owner tried to stop the attack," said Pahl.

He added that eventually they managed to get the dogs off Mahlangu by spraying water on the brutal dogs.

"Eventually the dogs stopped and ran back inside the yard."

The neighbor was bitten on his right inner thigh while the dog owner lost a segment of her right pinky finger.

Mahlangu was transported by the Hi-Risk Ambulance to Steve Biko Academic Hospital.

News24 contacted Mahlangu on Wednesday morning, she said she was in an insurmountable amount of pain and that they were about to take her into theatre to operate.