Australia: Claire West, 17, pleads guilty to animal cruelty charge after she recorded herself kicking puppy 26 times while it yelped in pain

AUSTRALIA -- A 17-year-old woman has pleaded guilty to animal cruelty after a dog was filmed being repeatedly kicked in Gracemere in central Queensland.

The video caused an outcry on social media when it surfaced on Friday, prompting a joint police-RSPCA investigation. 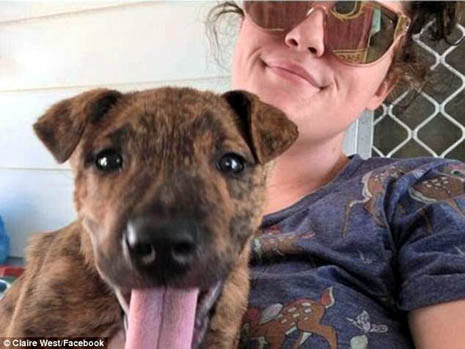 The court heard the teenager had received a number of upsetting Snapchats from her former boyfriend and his new partner.

Her lawyer told the court she had become angry and upset by the videos and took it out on the dog Buster that they had bought together.

West filmed herself kicking the puppy 26 times saying "dog's dead ... how do you like that [name of boyfriend]" and then sent it to him via Snapchat.

Her lawyer CLAIMED to the court "she had not meant to hurt the dog" and it had no visible injuries.

"She is extremely remorseful — she is completely humiliated and angry at herself for her actions," the lawyer told the court. 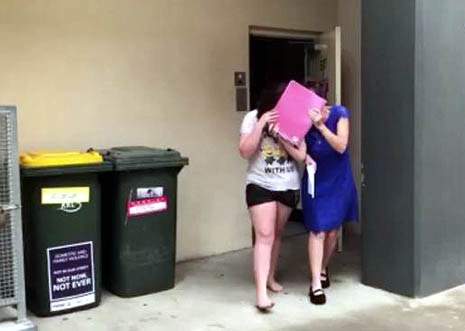 The court heard the 17-year-old, who lives with her mother, received a disability support pension and had been diagnosed with ADD, ODD, behavioral disorders, Asperger's and hearing impairments.

So what? There are millions of people with the same disabilities and they don't abuse animals, children, elderly people...

West was placed on a two-year probation order and no conviction was recorded.

The court was told the puppy was currently in the Rockhampton pound, but was due to be released to the teenager's mother today.

Magistrate Jeff Clarke warned if they took the dog back to the house where the teen lived, she would be contravening the prohibition order.

Why would they give the dog back to the abuser??? 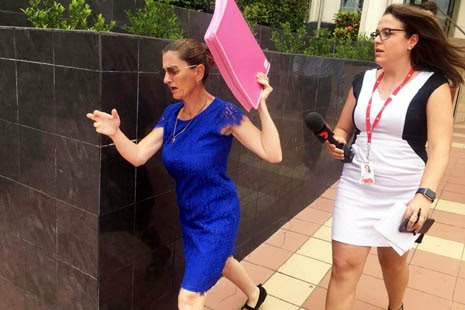 West put her head in her hands when she was told she would not be able to keep the dog.

Mr Clarke described it as "quite a despicable act" and also imposed an order that prohibited West from owning a dog for two years.

"Unfortunately I cannot make an order that you not access or maintain social media accounts — I would make that order if that order could be made," Mr Clarke said.

As part of the probation order, West must also undergo counselling and anger management courses. 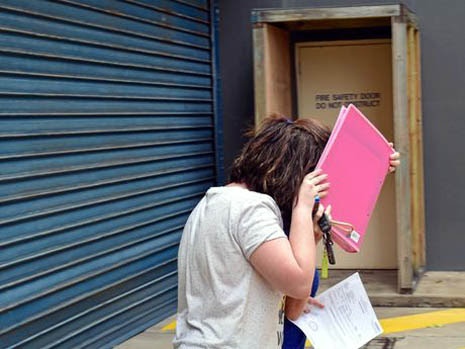 "[For] somebody [to record] themselves actually abusing an animal — in this case kicking the animal repeatedly and the animal yelping — I mean, that's just no way to carry on," he said. 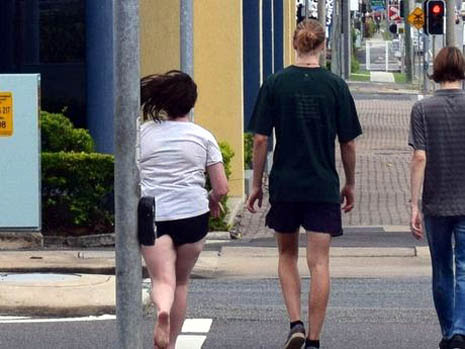 Mr Beatty said the RSPCA was getting a growing number of complaints about animal abuse posted on social media.

"It just sadly appears to be escalating, but I suppose you'd have to say that the only good thing about it is that if someone has posted on social media, normally they can be charged," he said.


VIDEO CLAIRE WEST RECORDED OF HERSELF ABUSING PUPPY:
VIDEO, WHICH HAS BEEN RELEASED TO THE MEDIA WORLDWIDE, WAS REMOVED BY YOUTUBE WHICH ISSUED A STRIKE BECAUSE THEY DON'T WANT YOU TO SEE WHAT HORRIBLE THINGS PEOPLE REALLY
DO TO ANIMALS