One victim received major injuries to an arm, exposing bone.

Banning police were dispatched to 2909 West Lincoln Street, which is a business complex that has self-storage and truck rental businesses, at about 1:50 p.m., according to a press release. 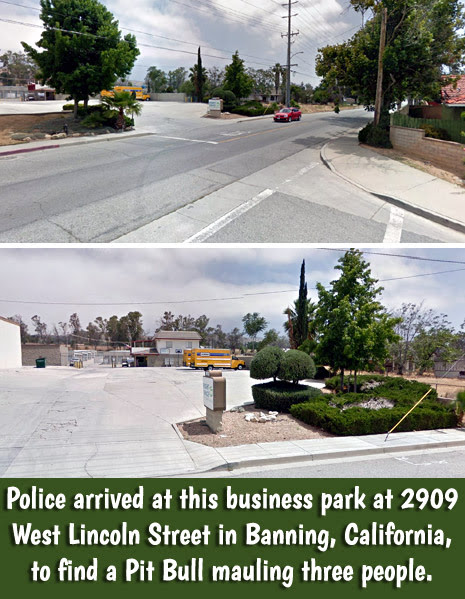 “Upon arrival, officers found a pit bull in the process of attacking three individuals who were trying to fend off the dog,” the release says. “Officers successfully detained the dog and requested ambulances for two victims.”

The dog’s body is being tested for rabies.

The Banning Police Department detective bureau requests anyone with information about the incident to call (951) 922-3170.