FLORIDA -- A man was seriously hurt after he was bitten by a dog Wednesday in Miami Gardens. 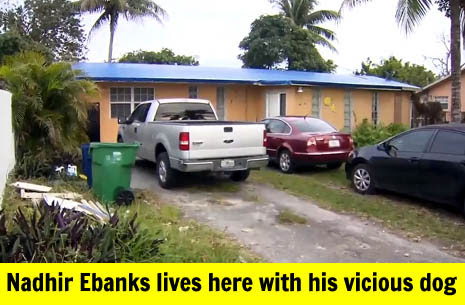 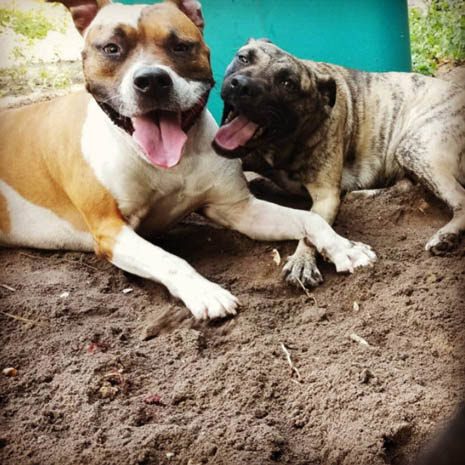 The man's injuries were so severe he was airlifted to Jackson Memorial Hospital's Ryder Trauma Center in Miami, where he was listed in stable condition.

OWNER BLAMING THE VICTIM FOR BEING ATTACKED

Nadhir Ebanks, the owner of the 3-year-old Jack Russell Terrier and American bulldog mix, told Local 10 News that the victim is his next-door neighbor who was outside doing yard work at a different neighbor's house with a tree trimmer. 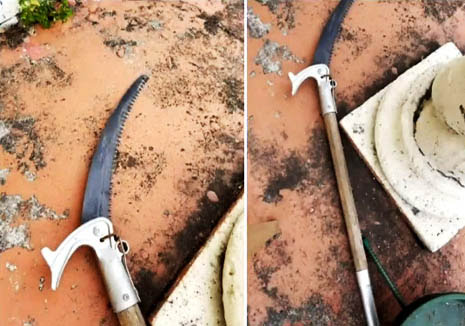 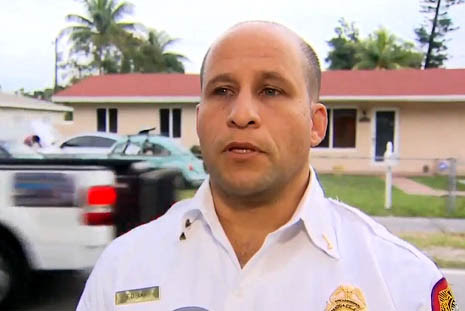 Ebanks said the dog, whose name is Alba, began barking at the neighbor, and "escaped his property", ran down the street to where the victim was and was barking and behaving aggressively.

Ebanks says he told the man not to move, but says the victim "panicked and swung the tree trimmer at Alba several times".

Ebanks claims that his dog didn't attack his neighbor until after it was struck with the tree trimmer. Neighbors said the man suffered bite wounds to both his legs and both sides of his neck. 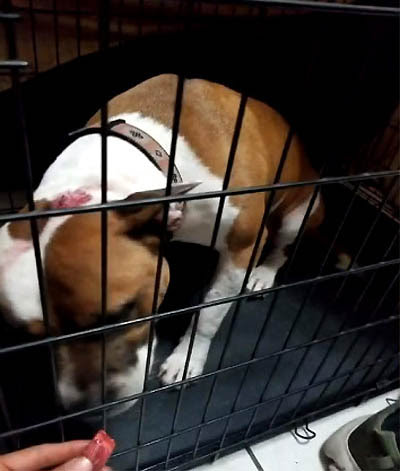 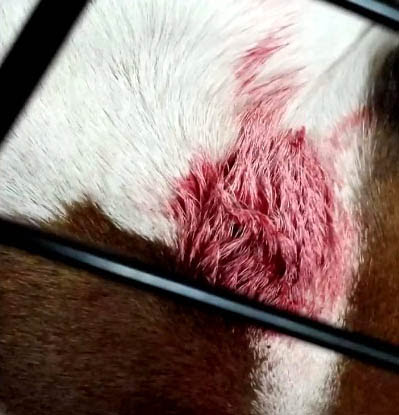 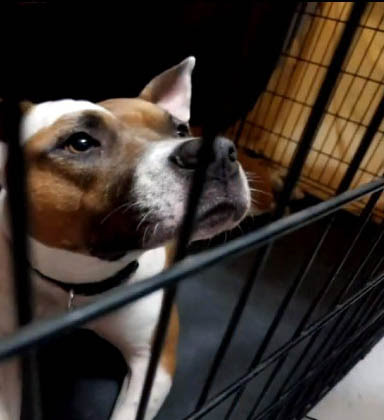 OK so if Ebanks saw all of this, how did this man end up being mauled with "bite wounds to both his legs and both sides of his neck"? Where was he? Why didn't he grab his dog? The fact that he was bitten on both sides of the neck means the dog had time to pull him down and continue the attack. WHERE WAS NADHIR EBANKS ALL THIS TIME??? 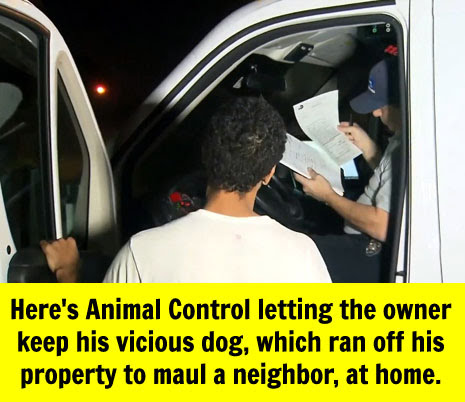 Oh and it gets even better... not only was he seriously mauled so the point where he had to be taken by helicopter to the hospital, Animal Control didn't even take the dog. They let him quarantine it at home (giving him plenty of time to move it out of the city and hide it from them).

Animal Services said the dog had no known history of attacks. Miami-Dade County Animal Services evaluated Alba and placed the dog under quarantine for 10 days AT THE OWNER'S HOUSE. 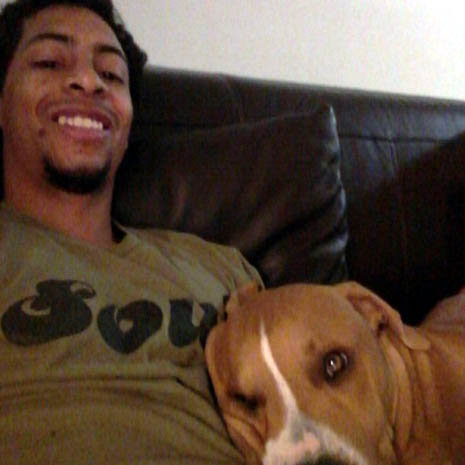 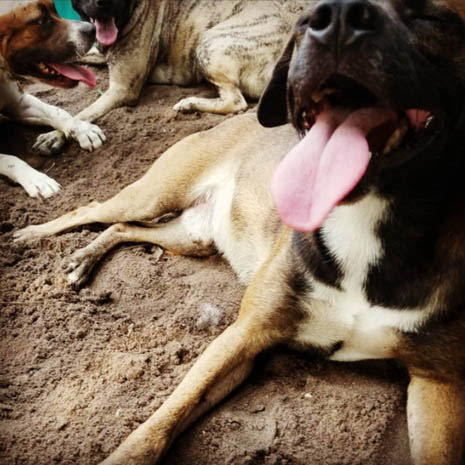 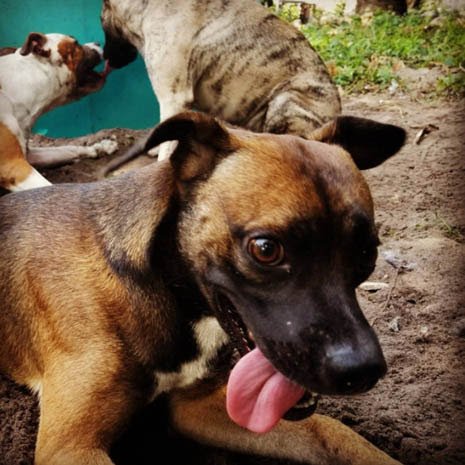 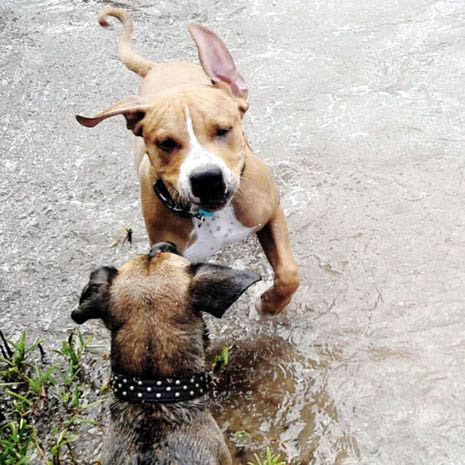 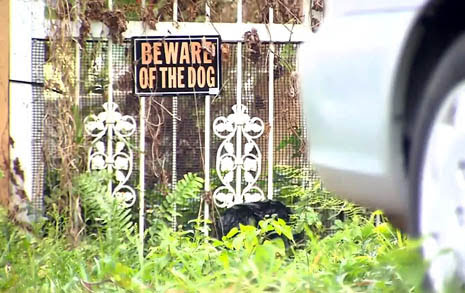