MONTANA -- It was every parent’s worst nightmare.

Itxaropen Card, a Billings mother, got a call at noon Tuesday that her 3-year-old daughter, Naomi, had been attacked by a dog and was in an ambulance on the way to Billings Clinic.

Naomi had been at the home of her grandmother, Michelle Repeta (aka Michelle Brown), who runs Precious Time Daycare from her home at 1512 St. Johns Ave. 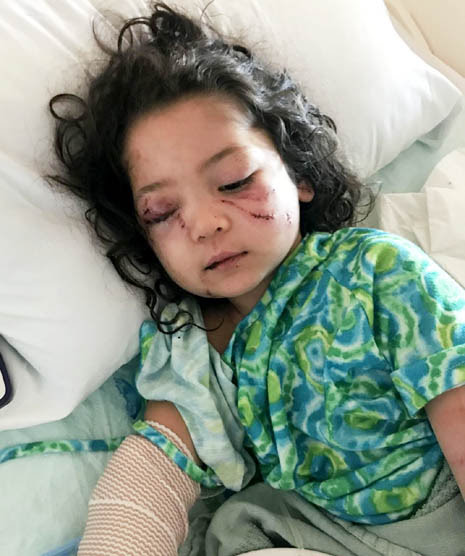 “Well, nobody saw it happen, so nobody knows exactly what happened,” said Tom Stinchfield, Animal Control supervisor for Billings.

The attack left the youngster with deep wounds on her hand, neck and face.

The dog ripped ligaments in the child’s wrist that have left her struggling to move her fingers on her right hand.

And one ear was “split in half,” Card said.

Naomi was flown to Children’s Hospital Colorado, in Aurora, for treatment. She arrived around 8:30 p.m. Tuesday, Card said, and underwent surgery around 1 a.m. Wednesday.

Card anticipates she and her husband will be able to drive her daughter back to Billings on Thursday.

“It’s just really hard to see her like that,” Card said, of her daughter. “I just cry every time.”

Reached by The Gazette Wednesday, Repeta stressed that the dog attack took place in a part of the home — the basement — where children in the day care are not allowed. The dog was kept separate from the kids during day care hours, she said. 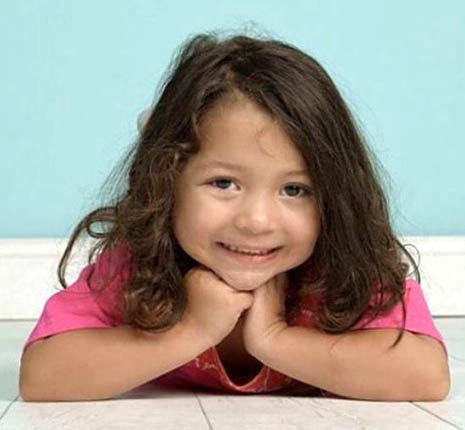 While dog bites are common — Billings Animal Control received 291 calls in 2016 — ones as serious as the attack that landed Card’s daughter in the hospital Tuesday are more rare, with just eight in 2016 designated as attacks by dangerous animals.

Under city code, a “dangerous animal” is one that, without intentional provocation, causes serious bodily injury or death, “is involved in a continuous sustained attack upon a person, not allowing the victim any means of escape,” or has a history of attacking people, as specified through various city code provisions.

In Bozeman in June, two dogs mauled a woman working in her garden, leaving her brain-dead. The dogs belonged to tenants who lived on her property, according to The Associated Press.

In Virginia in December, two dogs fatally mauled their owner while walking in the woods, The Washington Post reported.