South Africa: Elderly man has "lost half his face; his eye, ear nose and mouth were all bitten off" by neighbor's Pit Bulls; his wife and daughter also attacked

SOUTH AFRICA -- An Albers-ville, Port Shepstone, father is in a critical condition and his wife and daughter are recovering from being mauled by three dogs in the driveway of their Pelican Drive home.

Appal Naidoo, 82, underwent reconstructive surgery and is in the trauma unit of the Inkosi Albert Luthuli Hospital.

They were mauled two weeks ago after a neighbor’s two pit bull dogs and a boerboel mix attacked, having jumped over a fence to roam the street. 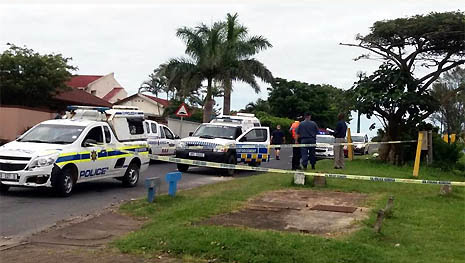 His daughter Shanda, 48, and wife Kanna, 79, heard him scream and ran out to help. They were also severely injured, with Shanda bitten 24 times. Both were discharged from hospital last Saturday.

Another daughter, Lalitha Sadasivah, said her father was a well-known florist in Port Shepstone.

“He normally starts his day early and was busy with his morning routine between 4am and 5am. He’s in the habit of cleaning the yard after waking up and was doing this when attacked,” said Sadasivah. 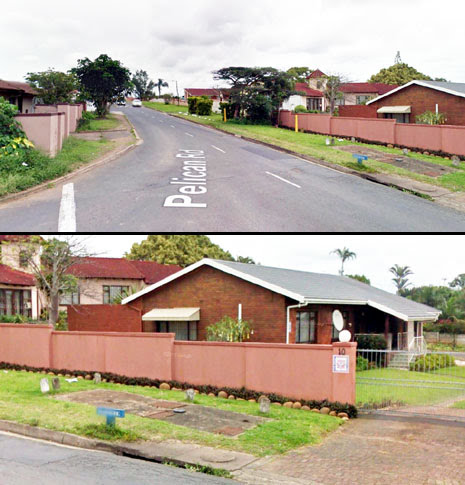 She said it was heart-breaking that her elderly parents and sister had to suffer such an experience.

“His face was disfigured because of the attack. He had to undergo several operations. He had a broken jaw, broken limbs and many other injuries. The right side of his nose was bitten off,” said a distraught Sadasivah.

She said her mother and sister had both been psychologically affected and the family was praying for a speedy recovery. 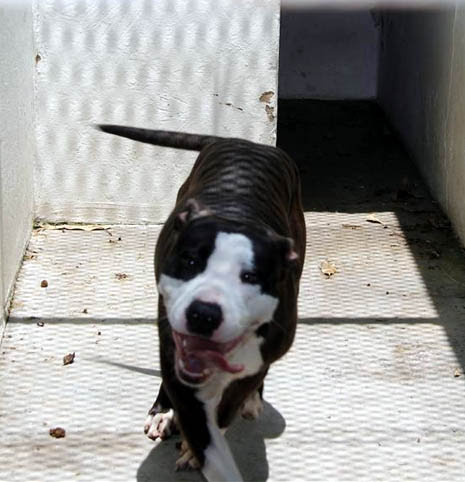 One of the dogs involved int he attack

She said her family had lived in the area for 40 years and had good relations with the community.

“Some people who had been on their way to work that morning stopped to help when my family was attacked. We would like to thank them for their assistance,” she said.

The family’s elderly dog tried to protect them during the attack, resulting in the dog having to be euthanased by the local SPCA.

She said the dogs were taken away by the local SPCA and she hoped all dog owners would learn from this.

“Dog owners need to be more responsible, especially when they have dogs like pit bulls. It could happen to anyone and as there is a school nearby something could have happened to children walking home. 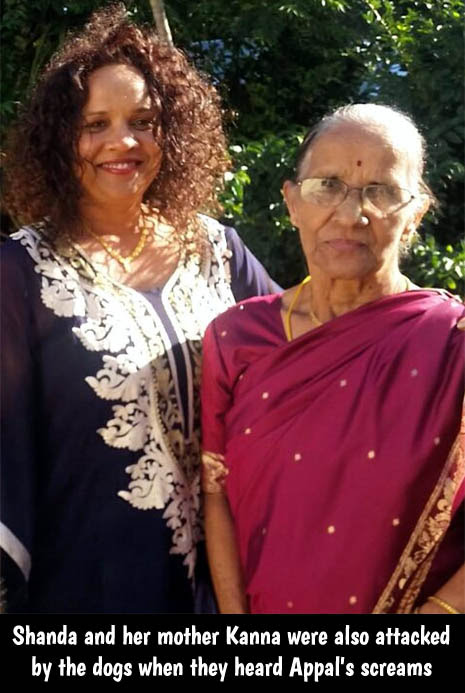 “Given this ordeal, we urge dog owners to please be more responsible. We wouldn’t want anyone to have to go through what we did,” said Sadasivah.

UPDATE:
The Albersville man who was mauled in a vicious attack by two Pit bulls and a Dalmatian on Wednesday is awaiting surgery.

A reliable source has indicated that Mr Appal Naidoo has “lost half his face; his eye, ear, nose and mouth were all bitten off” in the savage attack. 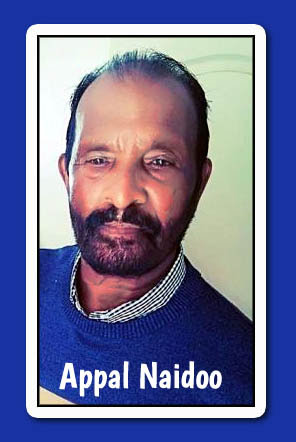 The doctors at Albert Luthuli have cleaned up his wounds and placed him on a ventilator. “They want his organs to rest before the surgery,” the source added. “The doctors are going to try to take skin from his leg to graft on his face. His arm was also badly damaged.”

Kanna is said to be out of surgery and is recovering. Shanda had to go back into surgery as her wounds were more severe than initially thought.