Virginia: Despite WWBT's sympathetic interview with the "heartbroken" teen dog owner, what it boils down to is that her Pit Bull ran out of their apartment, attacked a leashed dog and had to be stabbed to stop its attack

VIRGINIA -- A 16-year-old Chesterfield girl is heartbroken after she says another pet owner stabbed her VICIOUS PIT BULL after her dog stormed out of her family’s home ran after another dog, which was leashed and being walked, and attacked it.

Four-year-old Oreo is recovering at home now after having to be rushed into surgery. Chesterfield Police are investigating whether the person who stabbed him went too far. No one has been charged in this case. 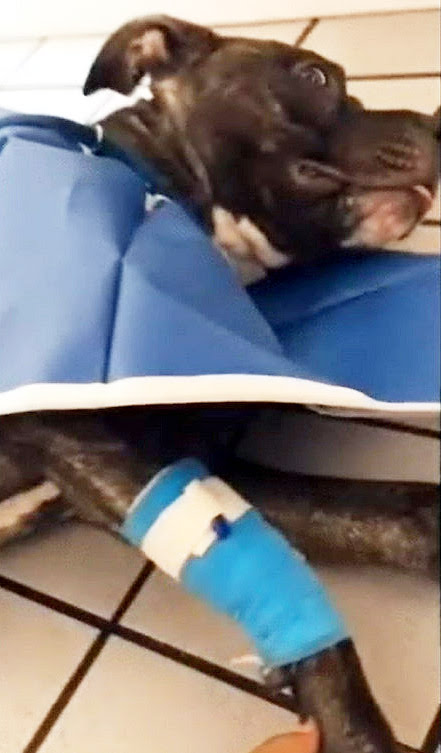 The only person who should be charged is this girl's mother for owning a vicious dog that was running at large and attacked another dog, that was leashed and being walked.

During the holidays, Oreo was as joyful as could be. Flash forward to the second day of the new year.

"He just sits in the house now. He doesn't move. He doesn’t' want to eat anymore. It's just crazy,” said 16-year-old Anaya Jones-Ball. 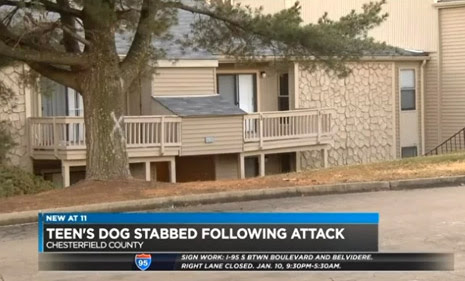 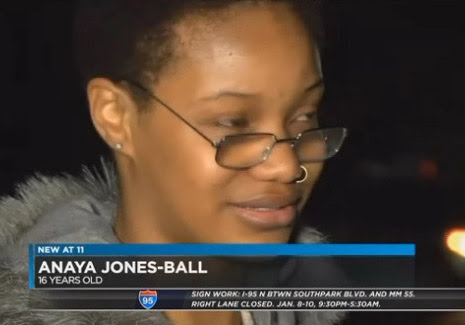 That's because he's been through a lot. Jones says Oreo managed to get out of her family's apartment at Chesterfield Village and ran towards a nearby dog.

The dogs began fighting. THE PIT BULL ATTACKED THE LEASHED DOG. Police say the person walking the other dog yelled for help. That's when someone from the other pet owner’s home came out with a knife and stabbed Oreo. 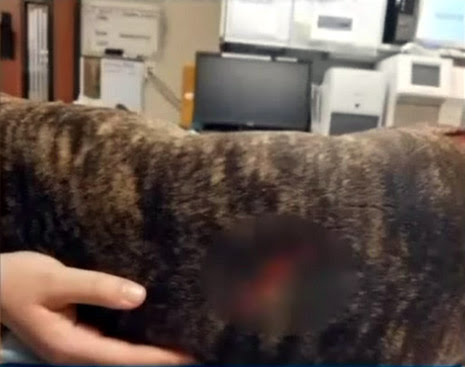 "I was holding him by his neck and his mouth trying to make sure he didn’t clamp on to the other dog. She was like, ‘I'm going to kill him and she just kept slashing,'" Jones-Ball said.

He says the force you use to defend your pet has to be reasonable and necessary. 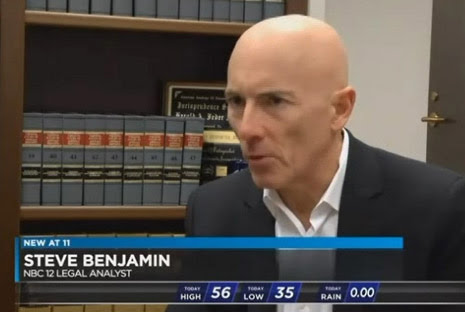 In this case, the teen believes the knife-wielding woman could have responded differently. 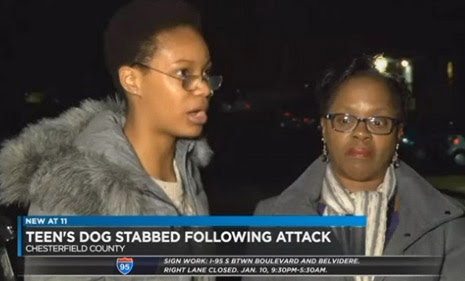 "I think it was very extreme for her just to come out and start stabbing. If we had brought him in the house, he would have bled to death,” she said.

Initially, the vet wanted to amputate Oreo's leg but realized he didn't have to. The teen works and is helping pay for the dog's mounting medical bills.
Chesterfield Police say this case remains under investigation.

OH AND THERE'S MORE... THE PIT BULL WAS NEVER SUPPOSED TO BE LIVING AT THIS APARTMENT COMPLEX IN THE FIRST PLACE

Chesterfield Village Apartments has a very specific breed restriction policy for their residents:

So the big question is: why does this family have a banned dog living in their apartment? How long has it been there? 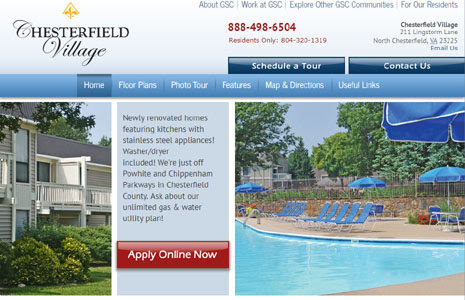 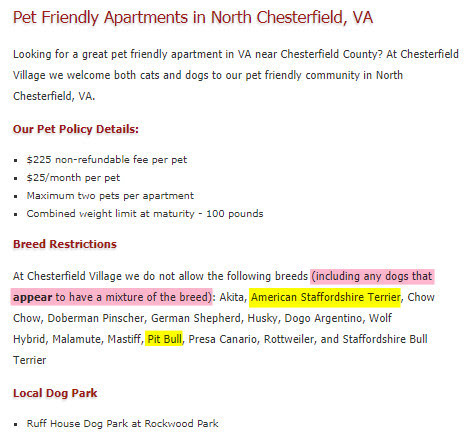 IS CHESTERFIELD COUNTY ANIMAL CONTROL GOING TO CITE THE OWNER OF THIS PIT BULL UNDER THE STATE'S VICIOUS DOG LAW?

It appears that Chesterfield County used to have a dangerous dog ordinance, but they got rid of it:

Dangerous dog: A canine or canine crossbreed which has (i) bitten, attacked or inflicted injury on a person or companion animal, other than a dog, or (ii) killed a companion animal.

However, the state of Virginia has a dangerous dog law:

So this Pit Bull was running loose, selected its victim and attacked it. Stabbing it only stopped THIS attack. The dog is still alive so what restrictions are Chesterfield County Animal Control going to put on this dog? Are they going to do anything?