Florida: Dogs which attacked little girl on Easter Sunday have been euthanized

LAKELAND, FLORIDA — Two Polk County dogs that had not been vaccinated for rabies were euthanized after they attacked a three-year-old girl in Lakeland.

Paramedics and Animal Control responded to a 911 call about a dog bite at a home on Greenwood Street on Easter Sunday. 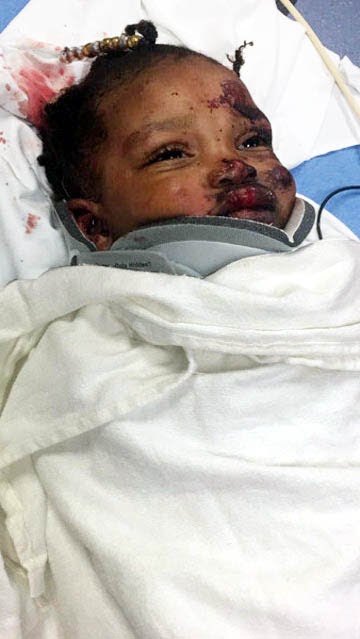 Neighbors tell WFLA 3-year old Londyn Williams was playing outside with her sister when two dogs jumped a fence next door and attacked her.

"One of them had her by the head, the other one had her by the thigh. I didn’t know what to do so I just started screaming as loud as I could for help," one neighbor told WFLA.

She said the owner is the one who was finally able to stop the attack. 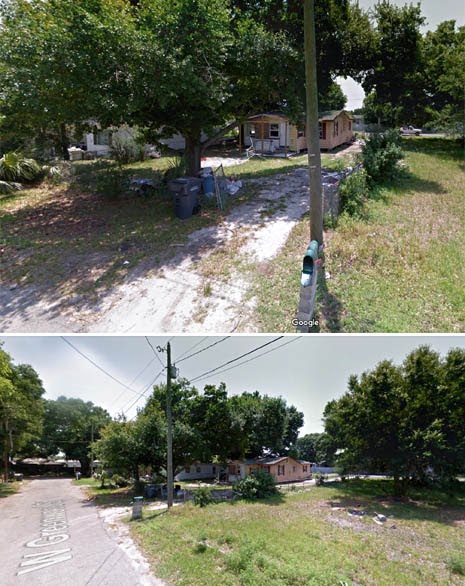 "She finally heard me calling, screaming, and she came out while I was there next door, and she got the dogs off the child."

The girl's grandmother tells WFLA she ran outside when she heard screams. The girl was transported to Tampa General Hospital with several puncture wounds on her arms and legs. She also suffered a serious laceration on her head and remains hospitalized. 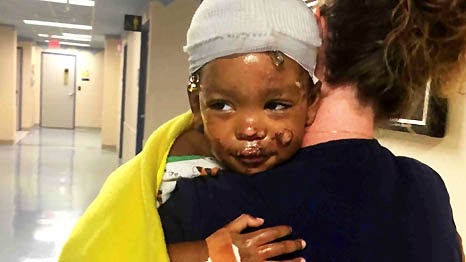 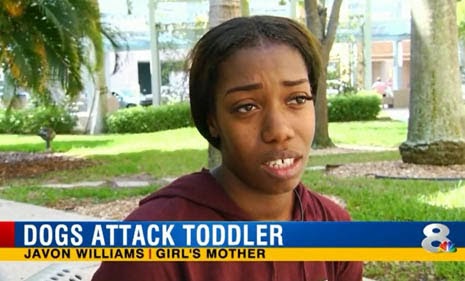 Smith surrendered the dogs after the attack.

Polk County Health Department officials decided that since the girl suffered a head injury and the dogs were not vaccinated, the dogs needed to be tested for rabies.

The dogs were humanely euthanized and tissue samples have been shipped for rabies testing.

Smith was issued a citation for roaming dogs, lack of animal tags and vaccinations and injury to persons.

A neighbor tells WFLA News Channel 8 that animal control officers visited the home where the dogs lived a couple of years ago. The neighbor wonders why the dog’s owner was not required to get a more secure fence.

"This time they got a child," the neighbor told WFLA. 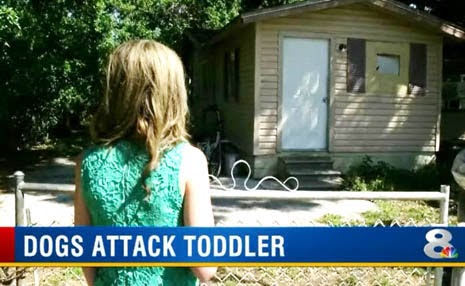 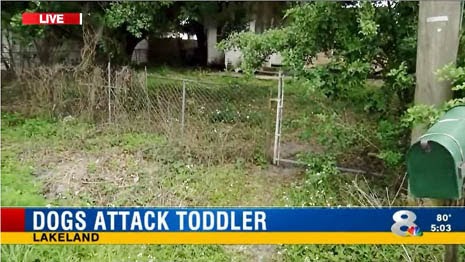 The family also wonders why the dogs didn't have a more secure fence. They fear what Londyon will have to endure in the coming months and years.

"She will have a long recovery that's for sure," her grandmother said. 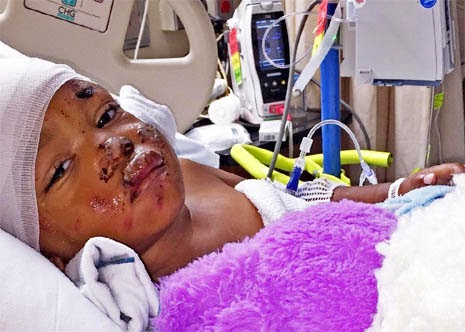 Hi my name is Javon Williams I’m Londyn's mother. On April 1st Londyn 3 yrs old was viciously attacked by 2 pit bulls. She had to be rushed by ambulance to Tampa General hospital where we have been since the attack happened. She’s had to have over 10 staples in her head and she has stitches all over her body.

It’s going to be a long recovery but she’s such a strong girl. Anything that anyone can do is a big help. Thank you our family really appreciates all the prayers and donations. Also keep my 7 year old Tamiah in your prayers she witnessed the whole attack and was the one to get help for her sister. 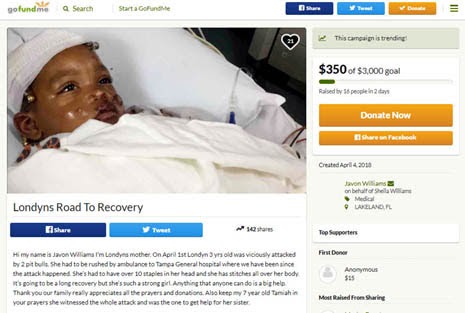