Maine: Greater Androscoggin Humane Society knowingly put a vicious Pit Bull on the adoption floor and let someone leave the shelter with the dog. It immediately mauled a Yorkie to death and broke the hand of its owner who tried to save it

LEWISTON, MAINE -- A Lewiston family's dog was mauled to death by a pit bull that was up for adoption at the Greater Androscoggin Humane Society.

Dee Santos says she and her children are devastated over the brutal death of their beloved Yorkshire Terrier named Rocco.

"He was like family,” Santos said. “Everybody loved him, my neighbors, everybody that used to come to my house." 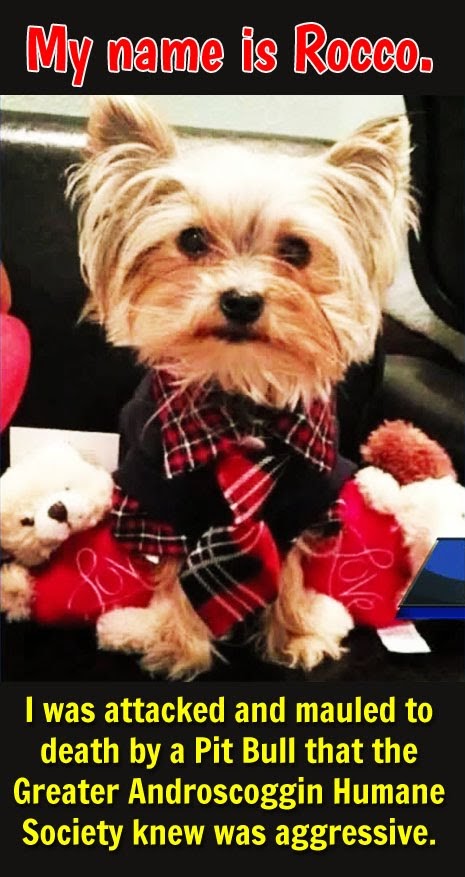 Santos says her 17-year-old daughter suffered a mental breakdown after witnessing the death of the family dog and being bitten, which broke her hand.

A friend of the teen had gone to the shelter and "borrowed" the Pit Bull.

The shelter apparently lets people take adoptable dogs for a walk, but the shelter claims they told the girl's friend to avoid other animals while walking the Pit Bull.

If the shelter knew it was animal aggressive, why would they even try to adopt it out??? Yeah we know. To either keep their euthanasia numbers down or they simply don't care that vicious, animal aggressive dogs attack and kill other animals. 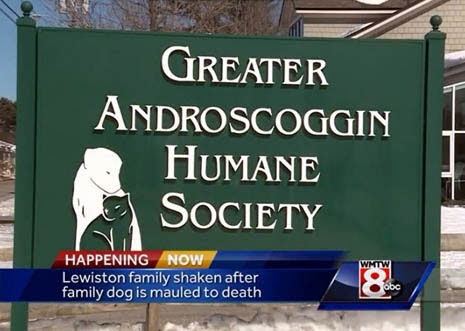 This person immediately took the Pit Bull to his friend's house.

Santos says as soon as the pit bull entered the apartment it went straight for the family's Yorkie tearing the little animal apart.

"Everything happened so fast," Santos said.

They say the harder they tried to pull the two dogs apart, the harder he bit down. 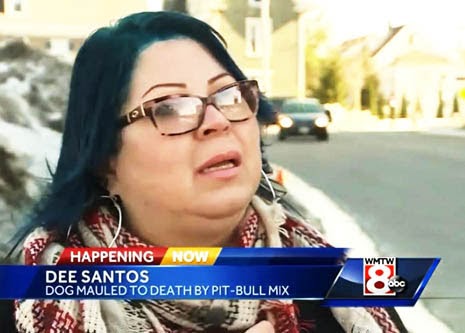 "All of my three kids witnessed everything,” Santos said. “And it was brutal. I mean, the way that dog looked like a monster."

Santos said, " I lost my dog, nothing will replace that. Nothing. That's very sad right now. I lost my dog and I have my daughter in the hospital. That's two of the people I love the most."

SHELTER CLAIMS THEY'RE SURPRISED
The humane society director Steven Dostie says he feels "awful" about what happened. He claims the Pit Bull had shown no signs of aggression before the deadly attack. 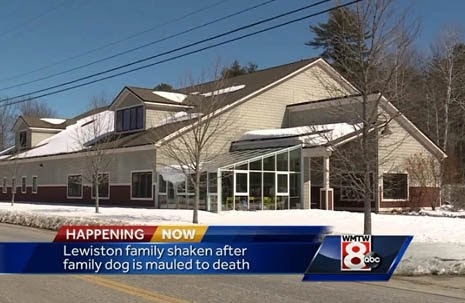 Dostie said the shelter’s instructions for the dog also included a warning that it shouldn’t be around cats or young children. But, he said, the dog had not been a problem since it arrived at the shelter in February. It was merely “a little rambunctious,” he claimed.

Oh yeah? Then why would you tell people to keep away from other animals and not to take it to the dog park if you didn't know it was aggressive? You all knew this dog was vicious - and yet you were still trying to foist it on people.

The pit bull will be quarantined for ten days to make sure it doesn't have rabies, then will be euthanized.

Santos said she got Rocco, who weighed 4 pounds, from a breeder five years ago. He made himself part of the family, she said.

“We spoiled him big time,” Santos said. “He was like another son for me. He was such a good dog. He was a doll. He was all love.” 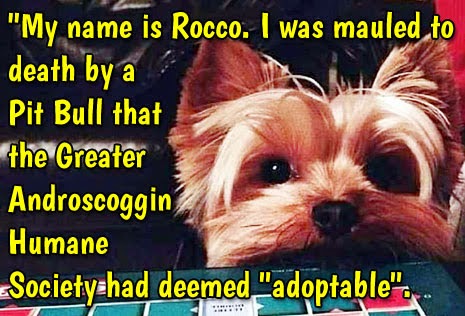