TEXAS -- Three dogs have been euthanized after a gruesome attack that left a San Angelo man with serious injuries, according to a news release from the San Angelo Police Department.

About 9:45 p.m. Saturday, April 14, 2018, police responded to the 300 block of East 11th Street for the report of a vicious animal attack after a caller said three dogs, described as pit bulls according to the news release, were "on top of a man, attacking him." 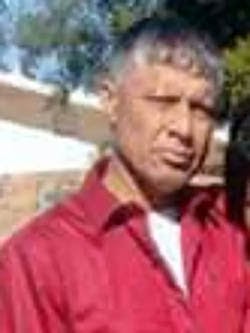 After officers arrived at the residence, they saw three dogs retreat through a hole in a nearby fence. They next found a Carlos "Ricky" Garces, 56, lying in the driveway of the residence, covered in blood from multiple injuries.

"The man’s skull was exposed, and a large portion of his scalp was missing," according to the news release.

San Angelo Fire Department personnel transported Garces to a nearby hospital for treatment of serious injuries, according to the release.

Family members reached out to the Standard-Times to give an update on his condition.

"If it hadn't been for his neighbor, those dogs would have killed him," said his sister, Nellie Garces. "He's critical but stable."

Nellie Garces, who lives in Brady, Texas, said she traveled to Fort Worth, where her brother is heavily sedated and undergoing treatment.

"The damage is severe," she said. "So far, the doctors are having to go in and clean his skull. His main surgery will be Thursday, which will be about 15 hours, give or take."

She said her brother had been out for a walk after supper when he was attacked.

"I just want to thank the neighbor who helped save my brother's life," Nellie Garces said. "Right now, from here, we're just praying to God he gets better, and we will seek more information on what we need to do to seek justice." 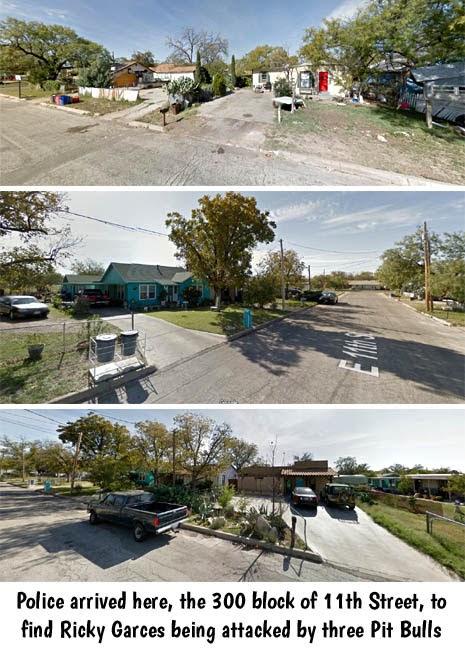 An official with Animal Control Services said they were familiar with the dogs and their owner after a March incident, when the dogs were impounded and temporarily quarantined for observation after an attack on a stray dog. All reportedly showed no signs of rabies after the March incident.

"The dogs, all three pit bull mixes, were destroyed as of this morning as a direct result of the attack," said Morgan Chegwidden, assistant director of Neighborhood and Family Services. "And because the owner surrendered them, we were able to take immediate action."

Chegwidden was unable to comment on any legal ramifications the dog's owner may face as the incident is under investigation, but she said "the state health code provides for a legal procedure where a pet owner can be fined, per animal, in the event of an attack."