FLORIDA -- Two miniature therapy horses have died after being mauled by two dogs, one of which belonged to a neighbor, earlier this month, the Columbia County Sheriff's Office said.

The horses were part of a group from the Gentle Carousel Miniature Therapy Horses charity that went to Newtown, Connecticut, to comfort victims and families in the Sandy Hook killings. 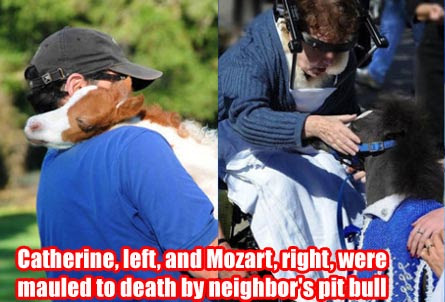 Gentle Carousel's tiny horses visit more than 45,000 adults and children each year inside hospitals, hospice programs and with children who have experienced traumatic events.

Deputies said Mozart and Catherine were in their pasture March 6 when a neighbor's pit bull got loose.

"We woke up Saturday morning and Catherine was covered with blood," said Jorge Garcia-Bengochea, owner of Gentle Carousel. "We had no idea what had transpired, so I quickly loaded her up and put her in the trailer to take her to a veterinarian's office and we found Mozart who had  been killed, mauled by these dogs."


Mozart was mauled to death and Catherine died at an animal hospital about 10 days after the attack.

The dog's owner told deputies that the female pit bull had "showed signs of aggression in the past," the incident report said.

A separate dog, a German shepherd mix, was also involved in the attack, deputies said.


Animal control was called to investigate and determined that the pit bull was behind the attack, according to the Sheriff's Office.

Both dogs have since been put down.

Catherine and Mozart trained for two years to become therapy horses. Both had visited sick children in the hospital and Catherine had met with Pulse nightclub shooting first responders. Gentle Carousel named her in honor of Catherine Hubbard, 6, who died at Sandy Hook Elementary in 2012. 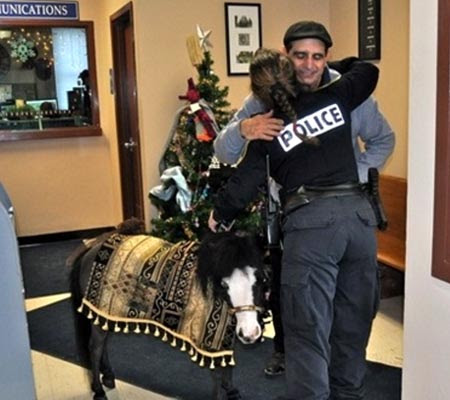 "We've done everything from Sandy Hook after the shootings there. We were working with the families and some first responders and we have worked with the Pulse nightclub shooting medical responders," Garcia-Bengochea said.

The community has come together, creating a GoFundMe account to raise money for the nonprofit organization that has helped so many people over the last 20 years.

"It has brought us back emotionally. It's been hard to talk to children and families about what is happened to those horses, and it's been devastating for us, but now we're just trying to go forward," Garcia-Bengochea said. 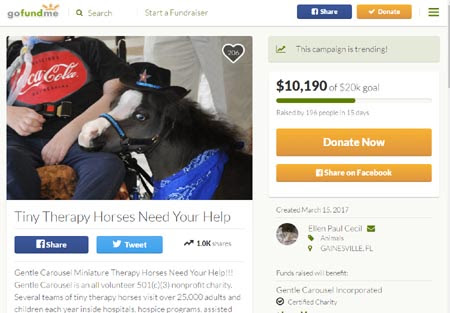 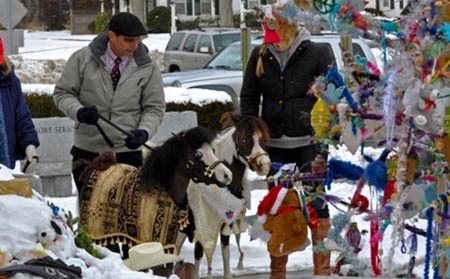