Tennessee: Kind-hearted police officer gets written up for "conduct unbecoming an officer" because she climbed into a dumpster to find food for stray animals she encounters while on patrol.

TENNESSEE -- A Fairview police officer got a written reprimand after she admits to dumpster diving behind a local business.

The officer says she was going through the dumpster looked for ripped bags of dog food for stray animals.

Carla Cottrell is a veteran officer with Fairview Police Department. Her boss says she has a big heart when it comes to strays. 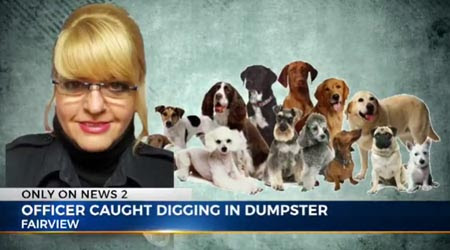 “She’s a compassionate officer who has a big heart for animals who was dumpster diving, for lack of a better term, for discarded dog food, discarded bags that tractor supply throws out. It was not for any personal gain or anything like that,” explained Chief Zack Humphreys.

According to Chief Humphreys, Officer Cottrell was searching in the dumpster while on duty, wearing her police uniform and driving a marked Fairview police car. 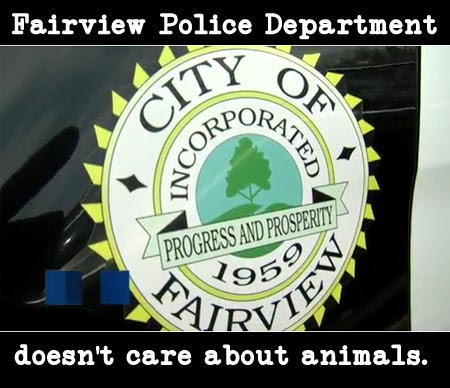 “We understand her compassion for that, but it is conduct not becoming an officer while on duty and it would be better served on her own time,” the chief said.

Humphreys told News 2 Cottrell works the late shift and tries to help strays she comes across. 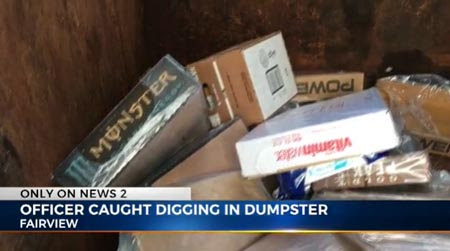 “I know late at night she has encountered some [strays] she has taken care of but we don’t know the number now,” the chief told News 2.

He added, “There is no malicious intent. She is just so compassionate and trying to aid them and tractor supply has a policy against that, dumpster diving, and it is not a practice we want to participate in anyway.

Humphreys continued, “We have clear expectations of what we expect here, a clear code of conduct and behavior, and we are just trying to get our officers on track with that.” 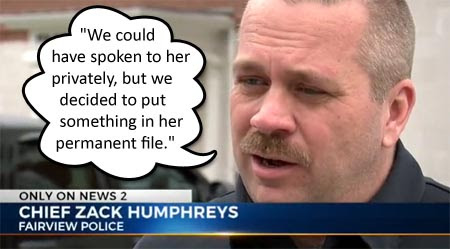 News 2 reached out to the tractor supply company, but no one would comment on this incident specifically. A spokesperson did say any dog food they might discard is typically given to shelters and animal rescues.