Maine: Company Says Officer is to Blame for Dog Attack

MAINE -- The company that provided a police dog to a Fairfield officer says that officer is to blame for the dog biting his daughter.

According to the Portland Press Herald, the International Canine Exchange said Officer Jordan Brooks was instructed not to bring the untrained dog into his home. 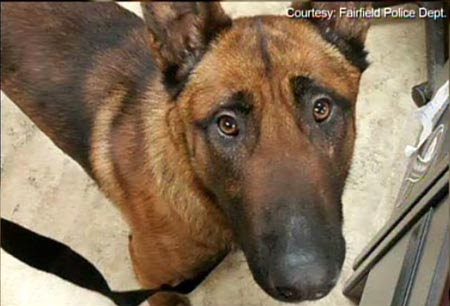 The dog reportedly took the 7-month old out of her crib last month, causing injuries that sent her to the hospital. She’s now back home.

The incident prompted the police chief to put the department’s K-9 program on hold.

The dog that bit Officer Jordan Brooks' infant daughter will likely be returned to the vendor.

Town officials have decided that Fairfield’s new police dog program will be put on hold, in response to an incident in which a police dog bit an officer’s infant daughter.

The 22-month-old male Belgian Malinois, named Rex, bit Officer Jordan Brooks’ infant daughter around 10 p.m. on Feb. 24 in Winslow, where Brooks lives. The dog has since been held at the Humane Society Waterville Area, and probably will be returned to the vendor: the Rhode Island-based International Canine Exchange.

Fairfield Police Chief Tom Gould said Thursday that the baby is at home and has recovered from her injuries.

Brooks, the dog’s handler, was at home at the time of the incident and took his daughter to the hospital. She was transferred to Eastern Maine Medical Center in Bangor, which has a neonatal facility. The infant suffered puncture wounds and bruised ribs, police said.

The town bought the dog in January for $7,500. It also spent about $1,000 to alter a police car to accommodate the dog, and Gould said the car will remain that way.

Winslow police, who responded to the report of the bite, said the dog had not gone through proper training. 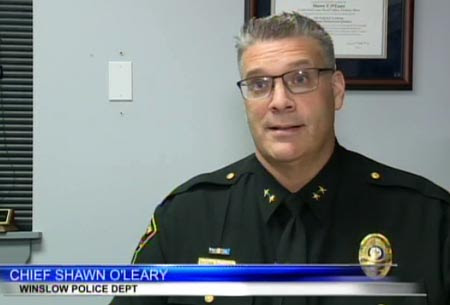 The dog was scheduled to attend the Maine Criminal Justice Academy K9 Patrol School for several weeks with Brooks starting March 14. Gould said the outcome was disappointing but his department will move forward.

“I think the general consensus was we need to move forward with the program, but we need to re-evaluate it and make sure it’s the right step for us,” he said.

Gould said Rex was “exactly what we asked for” from the company, but the dog will likely be returned because it can take as long as a year to get a dog into the training program. He said that doesn’t mean the department will abandon the canine program, especially since Rex would have been used to help find drugs.

“We still think the program is a solid tool for fighting the drug epidemic we have in our area,” Gould said.