California: Police officers serving a search warrant shot and killed a pit bull they say charged them and tried to bite an officer.

CALIFORNIA -- Garden Grove officers went to serve the warrant Wednesday, March 29 at a house on the 7300 block of Wyoming Street in Westminster suspected of housing drug activity, police said on Monday.

When they arrived, they entered and found the dog in a bedroom, said Garden Grove Lt. Carl Whitney.

The officers deployed a fire extinguisher and an animal control pole to control the dog, Whitney said in a statement. It charged at officers and tried to bite one.

Officers then finished the search of the house and found narcotics, weapons, ammunition and stolen police equipment, police said. 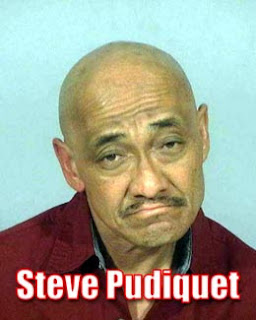 A resident of the house, Steve Pudiquet, 57, was arrested and booked into jail. Records show he was released the next day after posting bond. Pudiquet has a history of felony drug convictions dating back to 1989, court records show.

"When officers discharge their weapons at animals, an internal investigation is conducted to review the facts of the shooting," Whitney said. "Investigators will work with (the county's) animal control services for this investigation."

It was unknown if the dog belonged to Pudiquet.