Iowa: 14 Horses On Road to Rehabilitation After Being Rescued in Warren County

IOWA -- "Unless there's some sort of major parasite issue or disease issue, the reason horses get this way is they're not fed," said Scott Wilson, Animal Welfare Intervention Coordinator for the Animal Rescue League of Iowa.

Channel 13 was at ARL Main as four horses that were rescued on Monday from a property in rural Indianola arrived at the Second Chance Ranch.

Note: The owner has been identified as Paula Kay Redding. 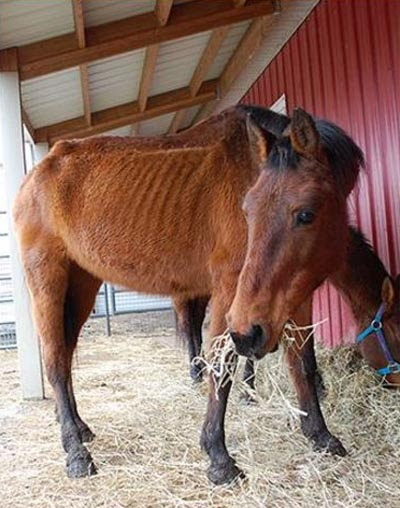 "Severely underweight. You could see their hips, ribs, hip bones, spinal vertebra from a distance," said Wilson, describing the condition of the horses that were rescued.

The veterinarian that works with the ARL of Iowa and evaluates the health of the horses uses a scale that goes from 1-9, with 1 being emaciated and 9 being well-fed. 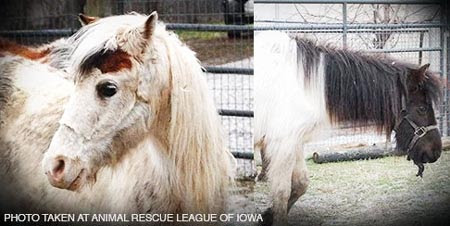 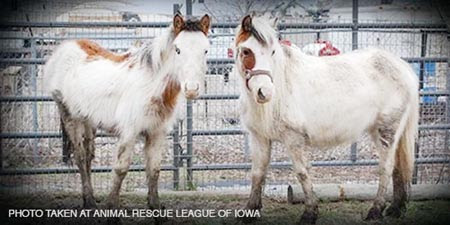 "And these horses ran anywhere from 1-1/2 to 2, so they were very underweight," explained Wilson.

On Friday, the ARL rescued ten other severely neglected horses from a property in New Virginia.

"What bothered me as much as the thinness of particularly some of those horses was the fact that there were halters that were on these horses that were so tight we had to cut them off, and that's got to be a very uncomfortable situation," said Tom Colvin, Executive Director of the Animal Rescue League of Iowa. 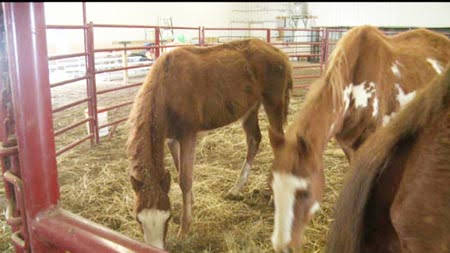 Including dogs that were rescued in Sandyville, there have been three animal rescues in Warren County in the past two months.

"A lot of times when citizens realize that law enforcement is willing to take that positive step to take care of the animal situations and they have another resource that can help them out with that, they're a lot more likely to report problems to the local authorities," said Wilson. “We’re very thankful that the Warren County Sheriff’s Office is taking these animal cases seriously. I mean, we can’t do our job helping these animals and rescuing them without their assistance.” 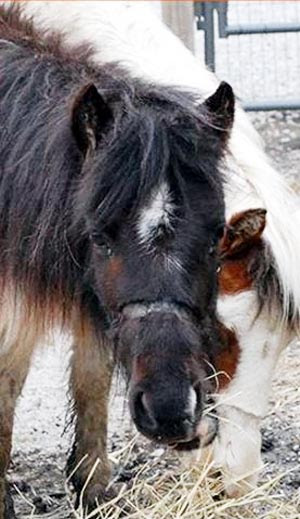