Canada: Not 'fit for an animal to live in, let alone a human': Officer describes home in Sandra Tomalin's animal cruelty case

Last year authorities on P.E.I. seized a number of cats and dogs from Tomalin's property in Spring Valley, P.E.I. Tomalin has pleaded not guilty. 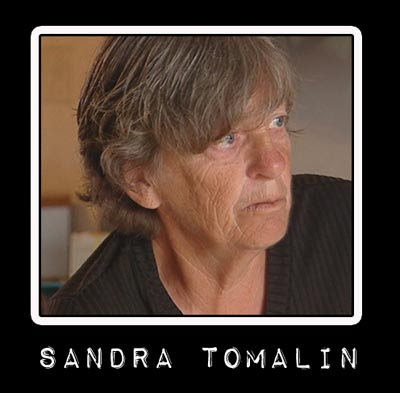 In court two animal control officers involved in the case with the P.E.I. Humane Society provided separate testimony describing a series of visits to Tomalin's property in Spring Valley beginning in June 2015, culminating in the execution of two search warrants in January 2016.

"Going in the door, the very first thing I remember is the smell, very strong smell of urine and feces," Doug Burkholder told the court.

"You had to be careful where you stepped."

Home not fit for animal or human: testimony

The two described a home with floors, counter tops and furniture containing large amounts of urine, feces, and blood or diarrhea.

Burkholder described it as "filthy. It wouldn't be fit for an animal to live in, let alone a human." But, he said, Tomalin and her sister lived there, as did a number of cats and dogs.

Jeff Barrett, another animal control officer who testified by video link from Goose Bay, N.L., said many of the animals were dirty and showed signs of sickness, including upper respiratory infection. 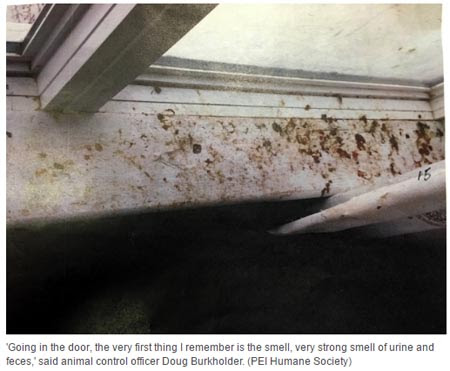 As a result of the first search warrant, one cat was seized immediately over concern it was in need of urgent care and unlikely to recover in the environment of the Tomalins' home. Four more orders were given for the Tomalins' themselves to take two more cats and two dogs to a veterinarian within seven days, and another order for them to clean up their property.

Barrett said the Humane Society contacted Adult Protection Services in Summerside over concerns the home was unsafe for human habitation. A representative from Adult Protection accompanied the animal control officers when a second warrant was executed a week later.

Burkholder testified that on the second visit the home was in the same state, and had not been cleaned. On this visit all animals on the property were seized — two dogs and 11 cats.

The charge of animal cruelty relates to one of the cats seized — identified to the court as Rufus. The Crown maintains Tomalin willfully allowed unnecessary pain and suffering to the animal.

Rufus euthanized 'to end his suffering'

She said tests showed he had contracted giardia, a parasitic infection spread through fecal material.

Pringle said the cat initially responded well to treatment at the Humane Society but then took a turn for the worse. 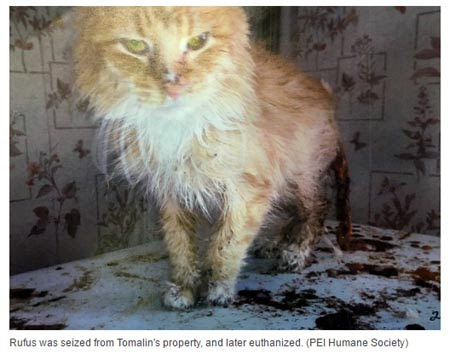 She told the court "I felt at that point it would not be humane to put him through further treatment," and she decided to euthanize him "to end his suffering."

When asked by the Crown whether the cat's owners had provided it with proper care, Pringle replied "no."

The prosecution must prove not just that Rufus suffered, but also prove criminal intent on the part of Tomalin. A conviction would allow for a nation-wide ban on owning animals to be imposed on Tomalin.

Appearing on the witness stand in her own defence, Tomalin told the court she and her sister brought all their animals with them when they moved from New Brunswick to P.E.I. in August of 2015. 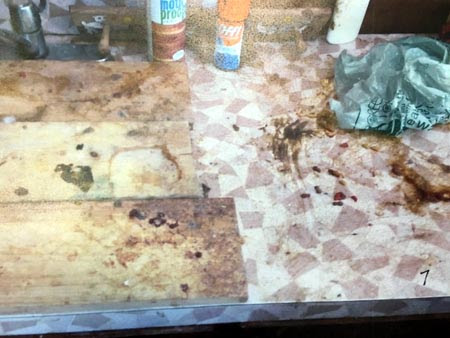 Her sister is not facing any charges on P.E.I.

Sandra Tomalin told court she did everything she could to help Rufus, including giving him medication to treat his diarrhea, but nothing she or the veterinarian did seemed to help.

She said the cat was happy and wasn't suffering.

The judge is expected to make a ruling on April 4.

Tomalin is already banned from owning animals in Ontario and New Brunswick.

In 2009 authorities in Ontario seized about 100 small dogs from the home where Tomalin lived with her sister. The two face a lifetime ban from owning dogs in that province. 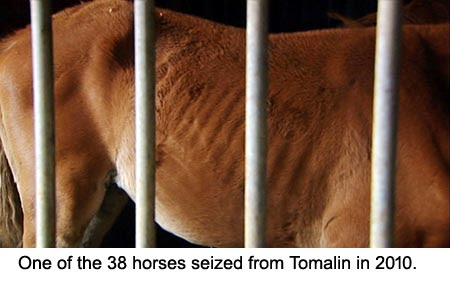 The two sisters moved to New Brunswick the following year. There, authorities eventually seized 38 horses from their farm. A judge imposed a ten-year ban in New Brunswick on the two sisters owning horses in that province after they were found guilty of failing to provide adequate food, shelter and vet care.