FLORIDA -- The Humane Society deals with tough cases of animal abuse all the time. A case in St Lucie County is being called one of the worst they’ve seen. 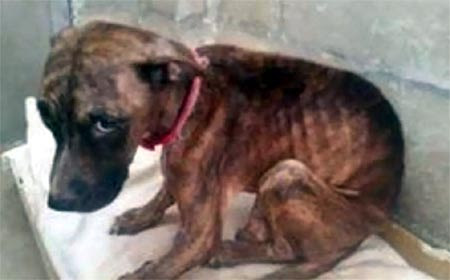 “It was obviously just a house of horrors knowing that she wasn't provided food, water, basic necessities that she needed,” said David Lynch, the spokesman for the Humane Society of St Lucie County. “Every day must have been a complete struggle for her just to survive.”

With no body fat, covered in fleas, covered in sores and her hind paw missing, deputies had no choice but to arrest the dog's owner. Genita Hedgepeth, 52, of the 3100 block of Avenue T, faces an animal cruelty charge.

“I'm just shocked that anybody would do such a thing to a precious dog,” said Lynch. 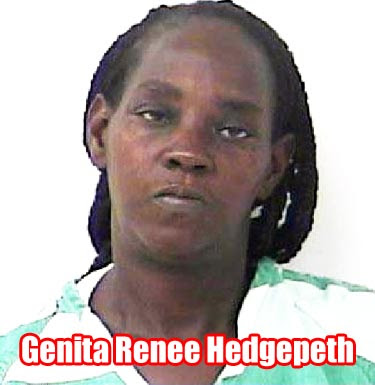 Now, veterinarians are working hard to nurse Nikki back to health. “We make sure she's fed twice a day and starting to put on weight,” explained Lynch. “She weighs 20 pounds when she should be 50 to 60 pounds.”

She gets around on her hind paw that’s now a stub. How it got that way and for how long she's been suffering is a mystery.

“Unfortunately, her leg will have to be amputated but that will stop the spread of the infection and relieve her of a lot of the distress,” said Lynch.

According to the arrest affidavit, Hedgepeth told investigators that she had gone to work on Monday and when she returned home later that day, the paw was suddenly missing.  - yes, don't you come home and find your pets are missing limbs? All the time!!! 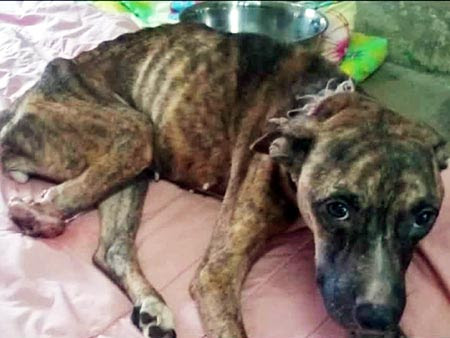 Wednesday afternoon, Nikki left to a caring foster home for the very first time while her owner is now free on bond.

“I do hope whatever punishment she is facing that she receives the maximum amount,” said Lynch.

Officials say the dog will be ready for a forever home in a few months.