Florida: Jordan Morgan, 18, who was charged with animal cruelty, aggravated battery and attempted murder after striking his boyfriend and their cat in the head with an axe, has committed suicide

FLORIDA -- A man police were searching for was found dead of a self-inflicted gunshot wound in a home in Altamonte Springs.

Deputies said they found the body of Jordan Morgan, 18, at a home on the 500 block of Breckenridge Village in Altamonte Springs.

Deputies had a warrant for Morgan’s arrest on charges of attempted murder, aggravated battery and animal cruelty. 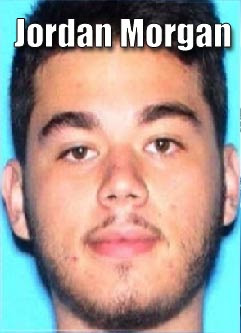 Police said Morgan struck his boyfriend and a cat in the heads on Thursday.

The victim was asleep at his home in unincorporated Oviedo when he woke up to find his boyfriend, Jordan Douglas Morgan, standing over his bed with an ax in his hand, according to an incident report.

Morgan hit the victim and the victim's cat, Sukki, with the small ax, deputies said. The victim told his roommates he chased Morgan out of the house after the attack.

Roommates said the victim had a gash on his head and the cat's head was split open, according to deputies. Blood was found splattered on the stairs and near a window.

Deputies said Morgan left the home on foot and they were unable to located him.

Authorities said Morgan also hit a cat in the head with the axe. The cat was taken to a veterinarian’s office to be treated for serious injuries.