FLORIDA -- A 34-year-old Lady Lake man was arrested on a felony charge of animal cruelty after a sick, starving dog was found chained to a tree at his residence.

The Lady Lake Animal Control officer responded to a complaint of an animal in distress on March 23 at a residence at 104 Third St. The animal control officer discovered the dog’s water was green and the dog’s food was soggy and moldy. 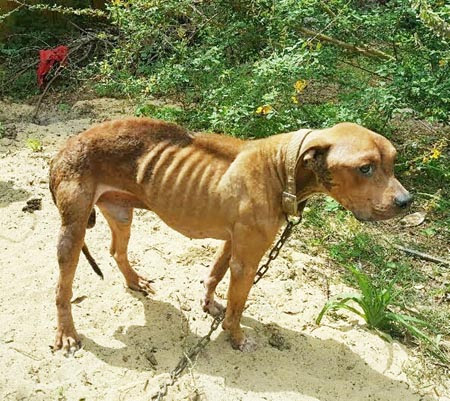 The dog was taken to a local veterinarian’s office where it was found to be emaciated, covered in fleas and suffering from open sores.

When Lady Lake police returned to the home to talk to the dog’s owner, Gregorio Ortiz-Rubio, he gave them conflicting stories LIED TO THEM about the ownership of the dog.

He first told police that the dog’s owner was in Mexico but would be returning soon. But an officer later tracked down a vet bill that Ortiz-Rubio had paid locally in 2014. 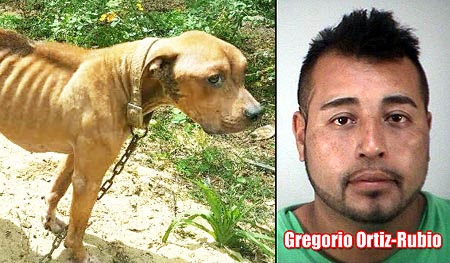 The dog weighed 30 POUNDS less than what it did in 2014. It was also anemic due to the flea and tick infestation.

The dog will require thousands of dollars of surgery, due to the neglect he had faced, an arrest report indicated. 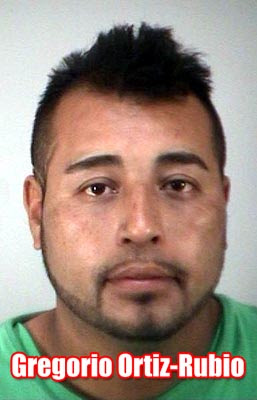 Ortiz-Rubio was booked at the Lake County Jail and released after posting bond.

The dog will require surgery for rectal reconstruction and bilateral total ear canal ablations. The surgery will likely cost thousands of dollars.

Those who want to help Maui can contact Lady Lake Animal Control Officer Denise Williams at 751-1530.