ILLINOIS -- A Facebook post in which an Elgin man said the threw his pit bull puppy and later complains about the surgery bill helped lead to felony charges of animal cruelty.

James Spencer, 26, of the 200 block of Center Street, is due in court next week on a felony charge of aggravated cruelty to animals, along with a misdemeanor charge of violation of an animal owner's duties, according to Kane County court records. 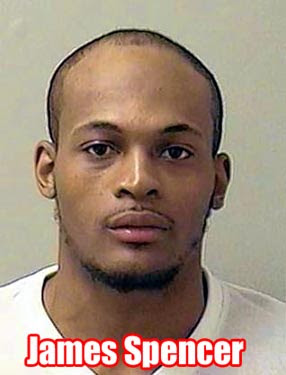 Spencer was arrested in mid-February and charged with causing a severe fracture to the left hind leg of King, his brindle and white American pit bull terrier puppy.

Before his arrest, Spencer made a series of Facebook posts saying he threw the dog and then complaining about a $1,200 bill from a veterinarian for surgery.

"Anybody wanna by a pit bull? 4 months old he gotta go asap before I kill him," read one of the posts, according to court records.

Read part of another post: "I think I just broke his left leg tho I threw him far as hell."

Elgin police went to Spencer's apartment Feb. 15 to check on the dog. Spencer told police the 16-week old puppy fractured its leg getting tangled up in playground equipment Feb. 7 and that he took the dog to a veterinarian for surgery Feb. 9.

Police told Spencer and his girlfriend to take the dog back to the vet because it was experiencing post-surgery complications, but they refused, according to court records.

Police reviewed surveillance video from Spencer's apartment complex to piece together a timeline as to when the dog was injured.

At 8:51 p.m. Feb. 7, the dog appeared OK as it walked with Spencer through an apartment hallway

At 10:20 p.m. the dog limped out of the apartment and fell on his rear left hip, unable to put any weight on it, records show.

He needs to be charged with lying to the police.

Authorities arrested Spencer and issued a petition for a forfeiture hearing for the dog. Spencer did not attend the forfeiture hearing, so the dog was turned over to police and later the Golf Rose Animal Hospital in Schaumburg.

Spencer is free on bond and due in court April 12. If convicted of the most severe charge, he faces a punishment ranging from probation to up to three years in prison. - He'll get probation.