SOUTH AFRICA -- A pit bull that mauled an 11-year-old girl to death in Calitzdorp may be removed from its owner, Western Cape police said on Tuesday.

The child died in hospital after sustaining severe head injuries in the attack.

Police spokesperson Captain Malcolm Pojie told News24 the girl had been sent to a neighbour's house to collect a parcel on Saturday. 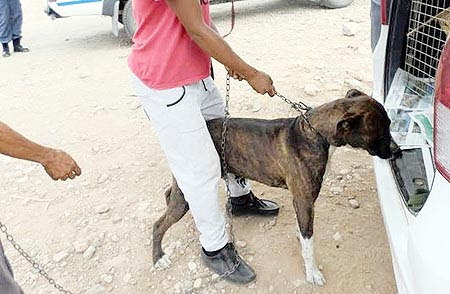 The dog had been tied up in the yard, but managed to free itself and attacked the child.

The girl was taken to hospital where she died from her injuries.

Pojie said the responding officers have indicated that they would approach an animal welfare organisation to have the pit bull removed from its owner.

An inquest docket has been opened, but charges may be laid depending on submissions made to the State prosecutor, Pojie said