OHIO -- Akron police have charged three people with felony cruelty to animals in two incidents this month on accusations that they mistreated or even killed dogs.

In the most recent case, James Taylor, 66, was charged after he allegedly snapped his mother’s dog’s neck because it urinated on the floor in his bedroom.

The abuse occurred in the 700 block of Frase Avenue between midnight and 1 a.m. Wednesday, authorities said. 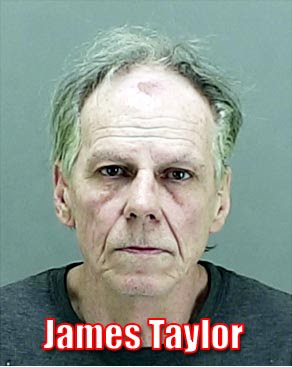 Taylor became angry sometime between midnight and 1 a.m. because the dog urinated on the floor, police said.

Taylor's mother told investigators that he came home drunk. Taylor's nephew helped him get into bed, but he came out of his bedroom minutes later and saw the dog's urine, the mother told police.

Taylor grabbed the dog off his mother's lap and went back into the bedroom, where he snapped the dog's neck, police said.

Taylor's mother and his nephew found the dog the next morning. Taylor then threatened to snap his mother's neck, police said.

Taylor's nephew told the dispatcher during the 911 call that his grandmother was scared to death and they needed an officer at the home.

Taylor's sister, Beverly, said the dog was a Shih Tzu named Pookie and was around 9 or 10 years old.

Taylor was charged with domestic violence, menacing and animal cruelty. An Akron Municipal Court judge set his bond at $10,000.

In the other case, Richard Facemire, 48, and Angel Facemire, 52, were charged after police officers found four of their dogs severely malnourished March 7. 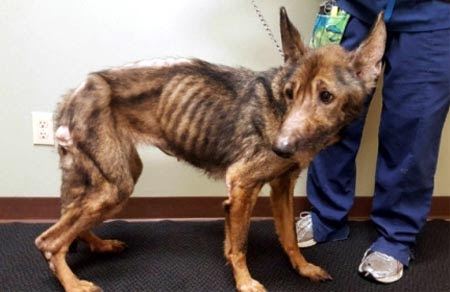 Officers originally went to the home in search of Richard, who was wanted on a drug abuse warrant. Angel told them Richard was not home, police said.

Angel let the officers inside, where they found the neglected dogs.

One of the dogs appeared almost dead, according to police. Pictures from the scene show the dog’s ribs were visible and patches of her fur were missing.

Police said the house in the 400 block of Stanton Avenue had no dog food or water available for the pets and several of the dogs appeared to have been kept in cages for long periods of time.

All four dogs were taken from the home. Three were placed in the care of the Summit County Animal Shelter and the least healthy one, which appeared to be a German shepherd, was transported to an animal hospital. 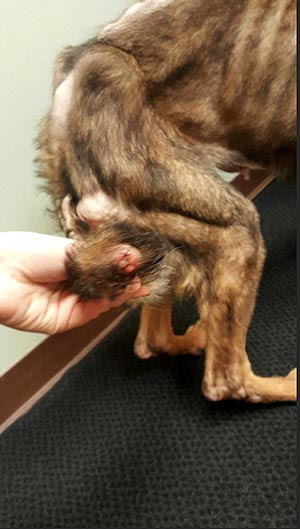 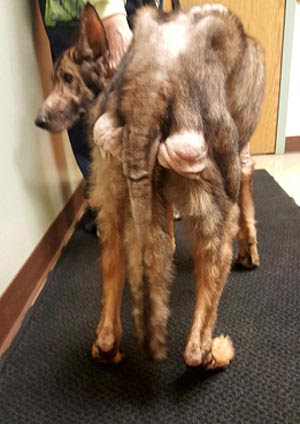 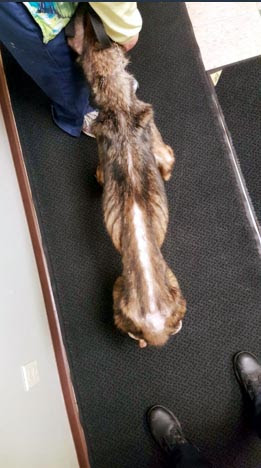 Richard Facemire, who police went to the house to arrest on a felony warrant, also was charged with drug possession because he allegedly had methamphetamine in his pocket when he was arrested. 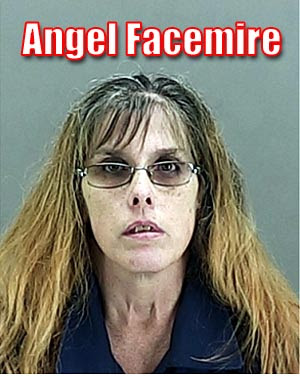 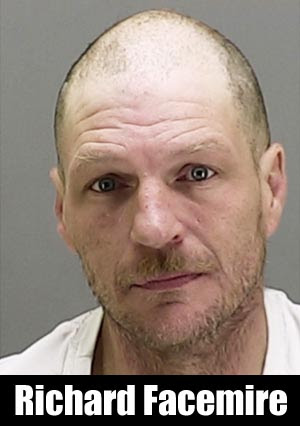 In that case, University of Akron student Matthew McCullough, 20, is accused of throwing his roommate’s kitten against a wall. He told his roommate the kitten bit, scratched and went to the bathroom on him. The kitten, Leo, did not survive.

McCullough pleaded not guilty to the charge this month. He is scheduled to have a status hearing at 8 a.m. Friday in Summit County Common Pleas Court. If convicted, he faces six months to a year in jail.