TEXAS -- Their reactions were mixed with shock, anger and sadness when the first cat was killed.

Her name was Sox; she was just 10 months old and described as affectionate.

"Sox," says neighbor Cynthia Plemons. "Ever since she was born, they always hung out in my backyard." 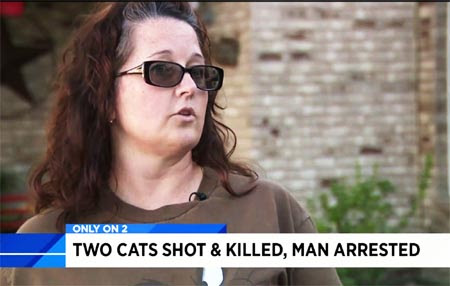 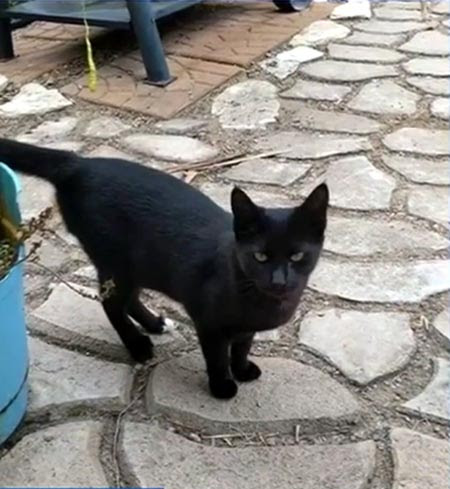 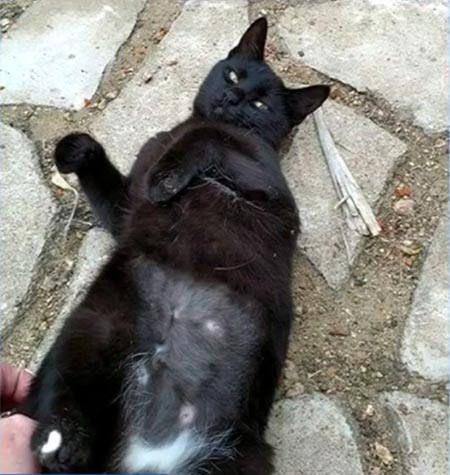 But then -- less than a week later, this past Tuesday -- a second cat named Boomerang was killed in a neighboring backyard.

"He had a shot to his head," says Holly Licari, who found the animal deceased.

Harris County investigators say 45-year-old Arturo May shot both animals to death with a pellet gun. 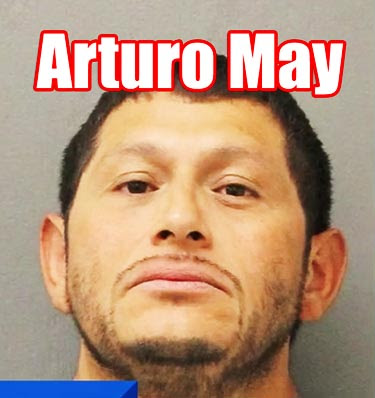 The neighbors who took care of the cats, and several others as their own, in the Baytown neighborhood where it happened say they suspected May after he moved into a house just two weeks ago.

But they had no proof until Plemons witnessed someone from May's backyard shoot at other cats Tuesday.

"I saw one of them with the gun going back into the house and I said, 'Oh my gosh. He just shot at a cat,' recalls Plemons. "Because I saw the cats scatter across the fence." 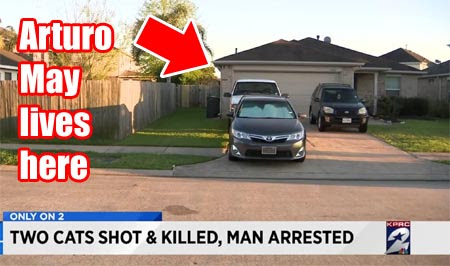 Aside from the killings of the two cats, the neighbors are angry because the shooter put more than just the animals in danger.

"He was shooting with a pellet gun," Licari said. "I have my grandkids that eat in the kitchen. He lives right behind me and it could've gone through the window and hit them." He faces three counts of cruelty to non-livestock animals.