TEXAS -- A woman was arrested Friday morning after a resident brought photos of a dog being abused to police, West Police Chief Darryl Barton said.

Terry Yvonne Mitchell, 54, of West, was arrested at her home after a resident went to the West Police Department on Wednesday with cellphone photos showing Mitchell sitting in the back of a moving pickup truck and pulling a pit-bull mix by a leash. 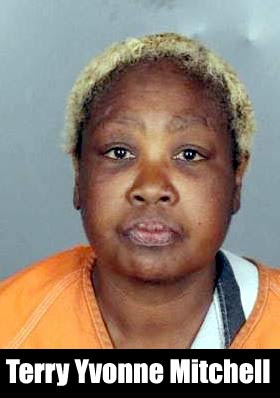 Barton said the driver traveled through several neighborhood streets. He said when the driver saw the woman pulling the dog from the moving truck, the driver stopped and checked on the dog.

"The streets were in neighborhoods where most of the speed limits are 30 mph," Barton said. "The citizen took photos of this, and it raised enough concern that she brought (the photos) to the police department."

Police began investigating the incident and learned the dog belongs to Mitchell's son. The dog was not seriously hurt, but police spoke with several witnesses and interviewed Mitchell, Barton said.

Mitchell was arrested on a Class A misdemeanor charge of cruelty to a non-livestock animal. She remained in McLennan County Jail on Friday evening with bond listed at $1,000.