MASSACHUSETTS -- A woman was seriously injured today after being attacked by an American bulldog owned by her son at about 11:30 a.m. outside her Deacon Court home, according to Barnstable Police Department officials.

Ramona Bouvier, 61, was taken by Boston Medflight to Rhode Island Hospital for treatment of her injuries, police said in a news release. The helicopter landed at Barnstable-West Barnstable Elementary School. 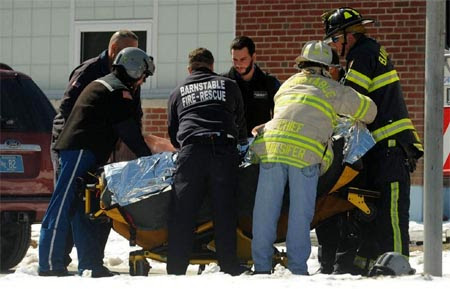 Officials with Rhode Island Hospital said Bouvier was being operated on at about 2:30 p.m.

Acting Capt. Robert Cecil with the Barnstable Fire Department said the call came in at 11:37 a.m. When paramedics arrived, they were asked by police to wait a short distance away from the 93 Deacon Court home where the attack occurred. The wait was brief, and they were then able to attend to the woman, who was in the front yard in the frigid temperatures, after the dog was secured, he said. 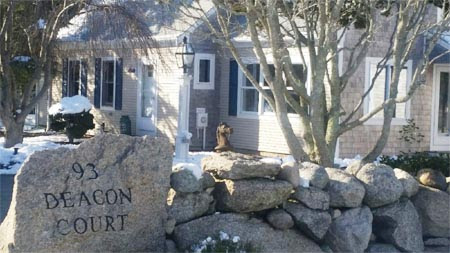 In a news release, Barnstable police said Bouvier had injuries to her left leg and right arm. Officer Michael Puntonio put a tourniquet on Bouvier’s leg while the Barnstable paramedics did the same to her arm.

Cecil said Bouvier was stable by the time she was loaded onto the helicopter.

Bouvier had taken the bulldog and another dog out to play when the attack happened, according to Barnstable police Sgt. Thomas Twomey. 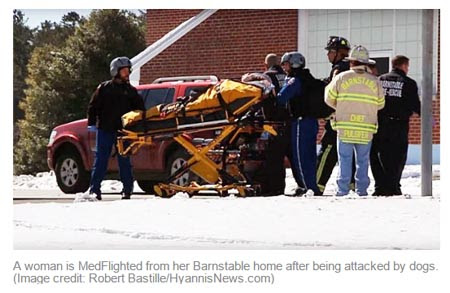 Police and natural resources personnel were at the Deacon Court home past noon investigating and taking pictures at the scene. An animal control van arrived at about 12:15 p.m. and loaded the bulldog into the back without incident.

No arrests or citations had been made Sunday, Twomey said. Police are investigating the incident. 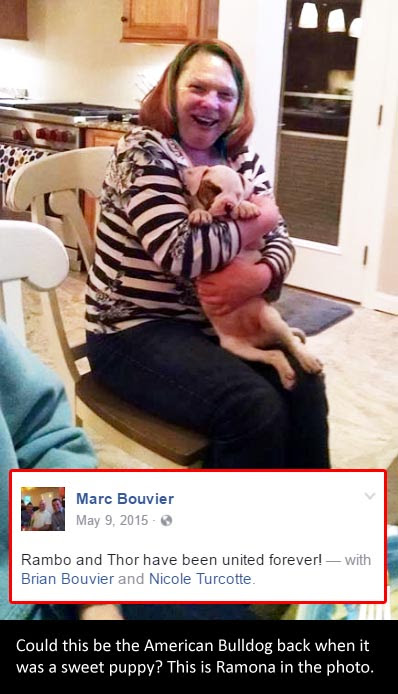 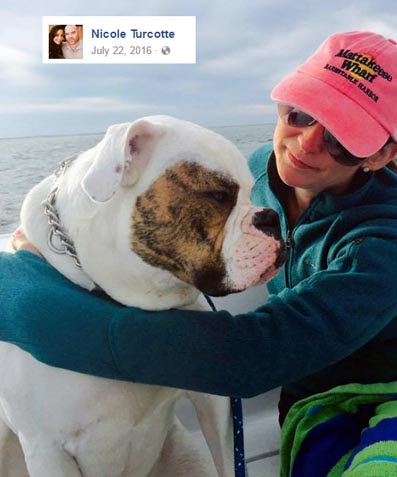