UNITED KINGDOM -- Dramatic footage has captured the moment armed police shot dead a group of dangerous out-of-control dogs which had attacked people in a town center.

A 60-year-old woman had suffered a bite to the hand and a man was bitten on the leg. A dog also suffered serious injuries. 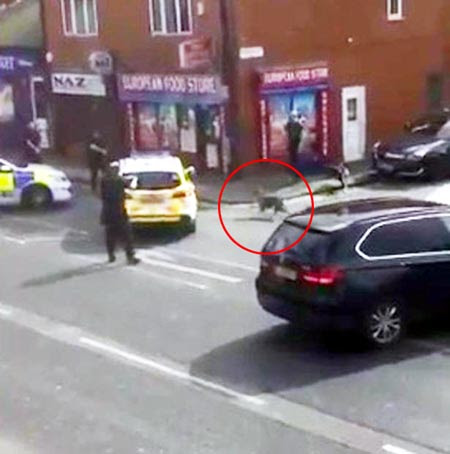 Footage shows armed police arrive on the scene in large numbers before a series of gunshots can be heard.

One of the dogs is seen running towards police before it is shot dead. A number of people hiding inside a property can be heard gasping as police shoot the dogs.

One man can be seen being taken away by police during the incident and two dogs lie dead in the road.

Officers are currently searching the area for another dog who is believed to be part of the group. 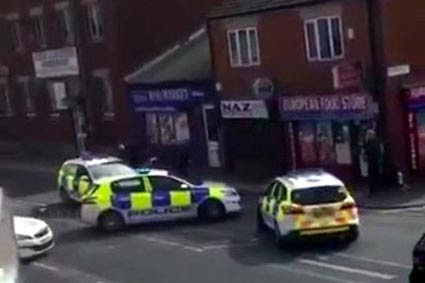 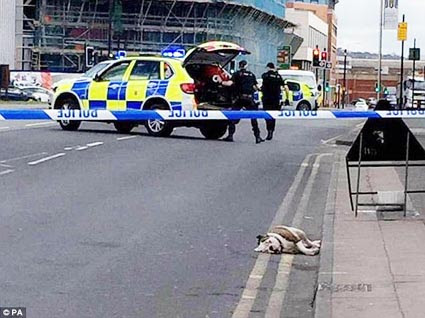 A 38-year-old man has been arrested on suspicion of allowing a dog to be dangerously out of control in a public place and affray. He remains in police custody for questioning.

Marya Mahmood, who works at Room Four Dessert, on Deane Road saw a man crying as he was arrested.

She said: “We saw two dogs that were not on leads and about four or five dogs on a lead being held by a man.

“The ones off the leads were chasing the police officers and they had to shoot them otherwise they were going to attack them. 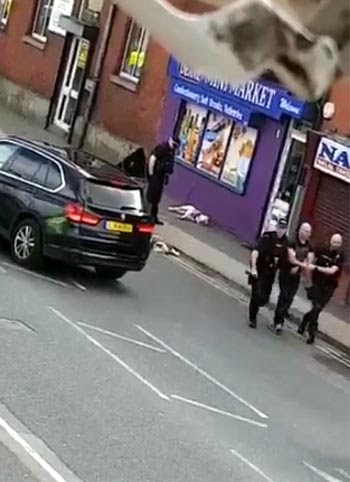 “Were heard them shoot two dogs. They were quite big dogs that looked like pit bulls. The man who was arrested was crying because the dogs had died.”

“The officers acted with our number one priority in mind; to protect people and prevent them from harm.

“I’d like to thank to the public for their patience and full cooperation as we remain at the scene and carry out our inquiries. 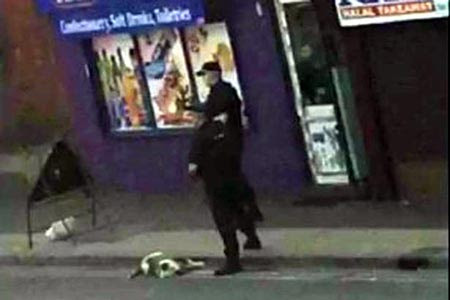 “I’d also like to remind them that their safety is a priority – if you see a dog, please do not approach it but alert a nearby officer or call 101 immediately.”