IDAHO -- A Fort Hall toddler is recovering after undergoing a five hour surgery following an attack by wild dogs.

The family of Gunnar Quagigant, 3, say he was attacked while playing his yard on D Avenue by a pack of 10 wild dogs. He is currently being treated at Primary Children's Hospital in Salt Lake City, Utah. 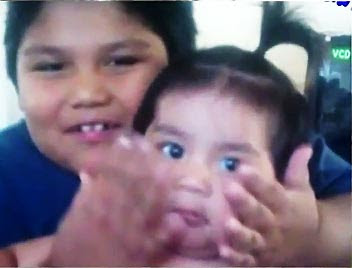 "He suffered multiple dog bites all over his body and underwent surgery last night for five hours to repair his injuries," said Ft. Hall Police Chief Pat Teton. "The dogs involved in this attack have been destroyed and their remains will be sent to a lab for testing for diseases."

A tribal spokeswoman says some of the dogs involved in the attack have been put down. Frustration over the wild dogs have reached a tipping point on the reservation. Several neighbors say they have complained to tribal leaders about the dogs for months.

"I get chased. I get chased all the time," said Quinten Sireech. "I just have to pick up a rock or bring my sling shot." 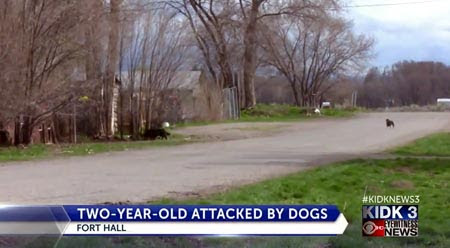 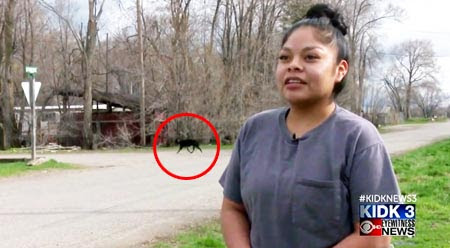 Quagigant's cousin, Nicole Tte Archuleta, said her cousin was attacked at the back of the house and drug out of the yard and down the street by at least 10 dogs.

"It was an emotional time for all of us," Archuleta said." I am just happy that he is fine and doing all right now."

The Fort Hall Business Council has authorized the Tribal Fish and Game and Police Departments to take  immediate action to address the issue of stray dogs on the Fort Hall Reservation. 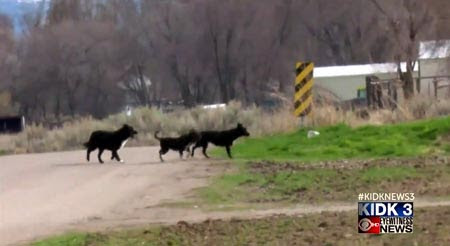 While in the neighborhood, KIFI/KIDK crews saw four dogs coming and going from the home Archuleta said the attacking dogs live at.

"I feel freaked out every day I walk down there," Sireech said. "I fear for my life. I have to carry a slingshot just to fight those dogs off."

Tribal Fish and Game officers are collecting the remaining dogs involved in Sunday's attack and removing them from the community.

"We are putting out live traps to capture all the dogs involved and have successfully caught several already, but we want to caution the local residents to confine their dogs who are not a part of the incident," Fish and Game Director Bret Haskett said. 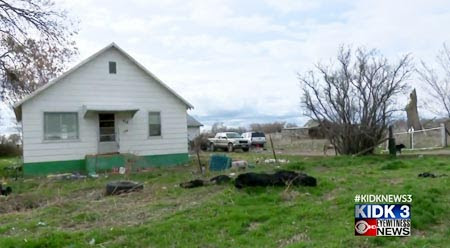 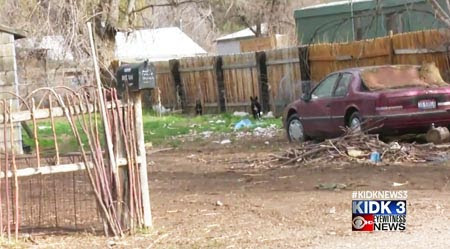 Quagigant is expected to in the hospital for up to two weeks. A GoFundMe has been setup to help pay for his medical expenses.

The Fort Hall Police Department, FBI, and Tribal Fish and Game are continuing their investigation.  All findings will be forwarded to the Tribal and Federal Prosecutor's Office for possible criminal charges.