UNITED KINGDOM -- A teenager who carried out the worst case of animal abuse a top vet has ever seen has a nervous wait to see if he gets jailed.

Apprentice stockman Owen Nichol, 18, of Buckland Road, Taunton, was filmed raining down blows on cows, slamming calves onto the ground and continuously swearing at the animal. 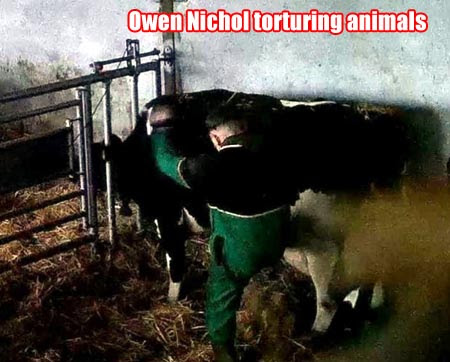 The undercover footage taken at Pyrland Farm, in Cheddon Road, Taunton, by the Animal Equity charity shows him punching calves, kicking cows in the face, kicking calves to make them stand up, twisting cows' tails and slamming metal gates into them, pinning calves to the ground, shouting obscenities and repeatedly kicking and slapping nursing cows.

Horrified farm owner James Read, whose farm has exemplary standards of animal welfare according to recent inspections, sacked Nichol after the video came to light and has since held a training workshop for all staff.

Lindi Meyer, prosecuting for the RSPCA, said the violence was "unprovoked and totally unnecessary".

Ms Meyer said expert vet Andrew Biggs commented that the animals would have suffered "considerable distress" in what he described as "the worst example of abusive behaviour I have seen in 35 years" in his job.

OWEN NICHOL MAKES EXCUSES
The court heard that when interviewed by the RSPCA, Nichol said he was in a bad mood because his grandmother was in hospital and he had recently split with his girlfriend.

He told an inspector: "I felt absolutely disgusted with myself. I just flipped."

Chairman of the bench Jeff Collingwood adjourned the case until April 26 for pre-sentence reports, warning Nichol "all options are open" - guidelines recommend a punishment ranging from a community order up to 12 weeks' prison.

Mr Collingwood added: "In 23 years I have seen a number of RSPCA prosecutions and this is absolutely the worst - and I have seen some awful cases." 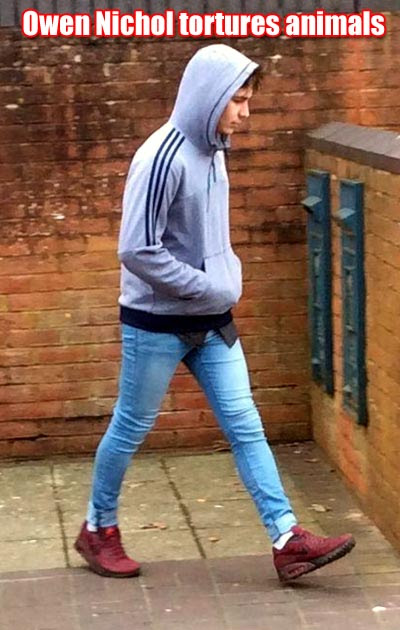 After the hearing, Dr Toni Shephard, executive director of Animal Equality UK, said: 'We are pleased that Owen Nichol has been convicted for his terrible violence against dairy cows and young calves, and we hope that he will receive the harshest sentence possible.

"We would like to thank the RSPCA for acting upon our evidence so quickly and bringing forward a prosecution for this unthinkable cruelty to vulnerable animals."

RSPCA Inspector John Pollock said: "The film is very graphic and very upsetting to watch. It was appalling and is horrible to see.

"It's no reflection on Pyrland Farm, which is a really good farm with high welfare standards."